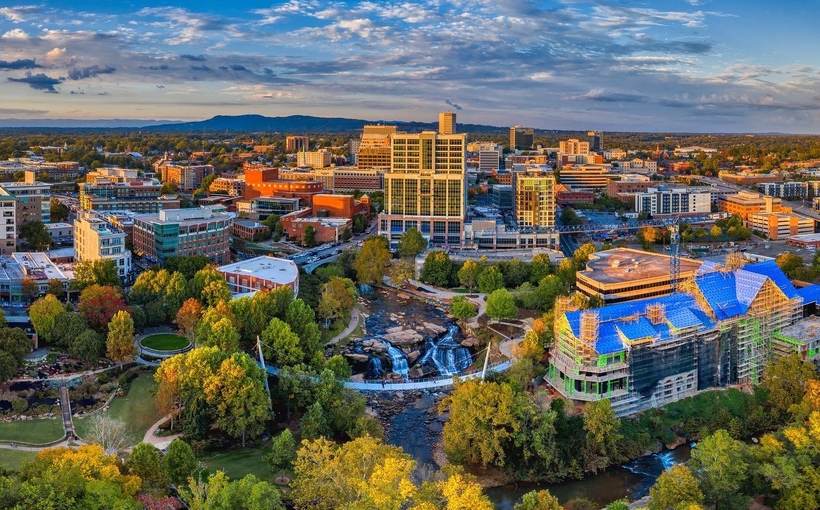 Midsize Cities May Lead the Charge in the Recovery

While the pandemic-fueled flow of jobs and residents out of New York, San Francisco and other large coastal cities will subside and likely eventually reverse, it’s midsize cities that are positioned to lead the charge in the nation’s economic rebound, the Wall Street Journal reports.

Even before COVID-19, these rising stars—including Greenville, SC; Des Moines, IA; and Provo, UT—were quietly building out vibrant economies in the shadow of bigger metropolises. “During the pandemic, they have drawn workers and businesses with large and affordable homes, ample access to outdoor space and less congestion,” according to the WSJ.

These markets also have a mix of high-tech jobs and old-line industries, including manufacturing and finance, that proved more resistant to the downturn. They came through the past year with fewer job losses and service cuts, and made quicker recoveries.

Jobs in the Greenville region grew 11.9% by March from a recent low point in April 2020, compared with the growth rate of 10.7% for the country as a whole. The country’s job growth had reached 10.9% by April 2021 from the year-earlier low.

In Des Moines, the seasonally adjusted unemployment rate was at 4.1% in March. Provo had one of the lowest unemployment rates in the U.S. that month, at 2.5%. The March payrolls in Provo set a record high.

These cities’ technology and financial jobs shifted easily into remote work, and manufacturers were able to restart production relatively quickly. Many of the best-performing cities are located in states that had shorter lockdowns and fewer restrictions. Even though many were hurt by the loss of visitors to local restaurants and shops, few have centered their economies around tourism.

“They offer a lot of things you can’t really get in the big city,” Mark Vitner, senior economist with Wells Fargo & Co., told the WSJ. “They’re more affordable, and it’s so much easier to live there. And all of these industries are poised to do very well.”

In many parts of the country, businesses are having a hard time finding workers to fill jobs as the economy begins emerging from the pandemic. The very low unemployment rates in cities such as Greenville could mean shortages in the labor pool down the line. However, these markets’ ability to draw new residents, and the fact that they lost fewer workers during shorter shutdowns, could ease the crunch.

“Greenville may be the best example of these rising stars,” which also include places such as Madison, WI; Fort Myers, FL; and Columbus, OH; the WSJ reported.

|Economy
National
Office
Midsize Cities May Lead the Charge in the Recovery
Paul Bubny
May 14, 2021