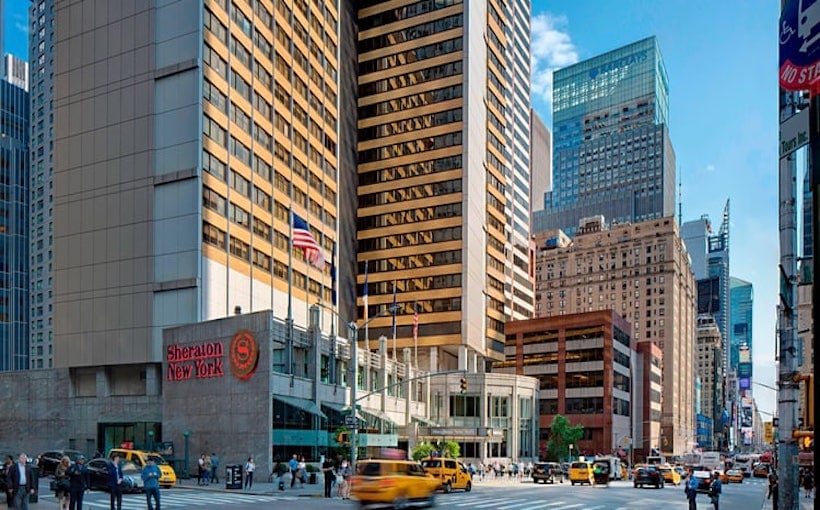 Host Hotels & Resorts is selling the Sheraton New York Times Square to MCR for reportedly $356 million, according to research firm Green Street. Though the parties involved are not commenting on the deal yet, the sales price reflects the challenges facing the hotel sector.

The 51-story hotel is situated at 811 7th Avenue and W. 53rd St. in the heart of Midtown NYC. The Sheraton New York Times Square, which boasts the city’s third largest room count, opened in 1962 as the Americana and has been flagged as a Sheraton branded property since 1979. The property served as the host hotel for the New York Democratic Convention last month.