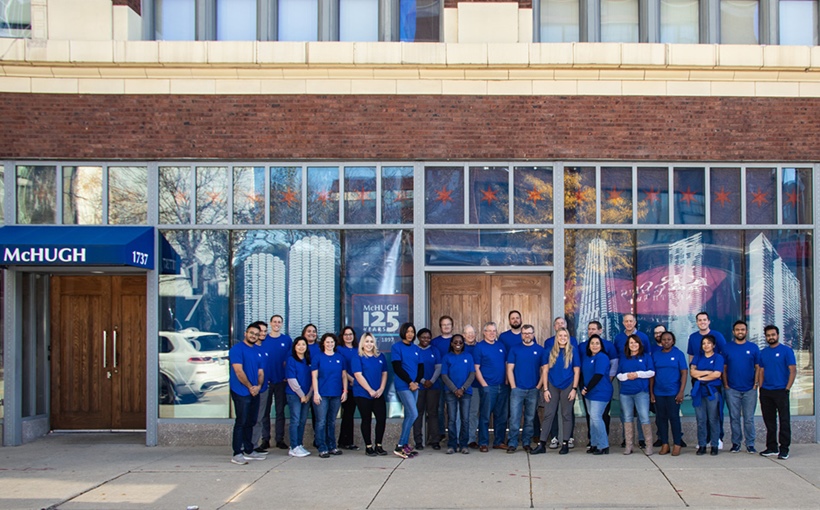 McHugh Construction has marked its 125-year anniversary by donating $125,000 to a variety of organizations and installing commemorative window displays of some of its most iconic projects at its headquarters at 1737 S. Michigan Ave. in Chicago’s South Loop. These projects have included Marina City, St. Regis Chicago, Water Tower Place and the Navy Pier Centennial Wheel.

We’re incredibly grateful to have played such a vital role in building Chicago’s world-famous skyline, and we’re thrilled to give back to the city that has given us so many amazing opportunities,” said Patricia McHugh, chairman of McHugh Construction and fourth-generation leader of the firm.