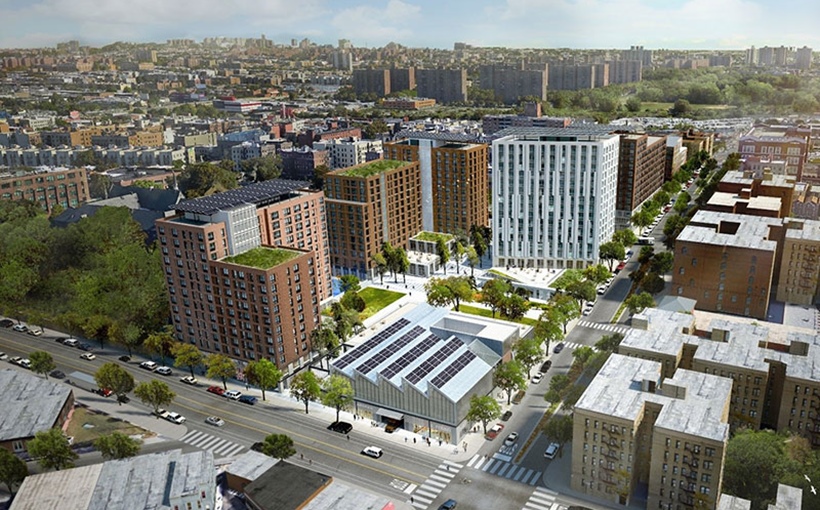 New York City Mayor Eric Adams cut the ribbon Thursday on the first residential building at The Peninsula, a redevelopment of the former Spofford Juvenile Detention Center in the Bronx. Adams was held at the center when he was 15 years old.

The opening of the first phase brings 183 affordable apartments out of an eventual 740 units. When completed, it will also include an early childhood education center, recreational and community facilities, commercial space including a supermarket and open space.

“Today is a new day for Hunts Point and so many young people who were traumatized at Spofford,” said Adams. “I went from being a detainee here to becoming the mayor who is working to transform it.”