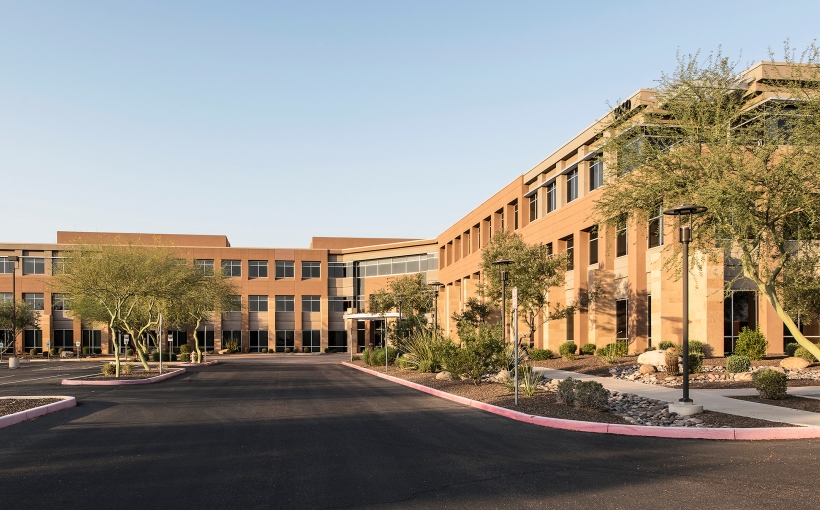 A new lease for Mattamy Homes at The Corporate at Pima Center extends the term through 2029. It also ushers in a first-floor consolidation and Phoenix headquarters update for Mattamy.

“Phoenix is a vibrant and exciting market, and one that we are committed to being in for a long time. In keeping with that commitment, we’re firming up and adding to our office space at Pima Center,” said Don Barrineau, Mattamy Phoenix division president. “Based on our recent significant land buys, we expect explosive growth at Mattamy Phoenix the next five-plus years.”

Under the new lease, Mattamy will expand its Phoenix office footprint to 15,904 square feet on the first floor of 9200 E. Pima Center Pkwy. in Scottsdale. It will also update the space with creative office amenities and an on-site design studio.

“Phoenix consistently ranks among the nation’s hottest markets for new home construction and value appreciation,” said Pierson. “Mattamy’s new office configuration will help them to capitalize on and serve that growth with a very efficient and modern work environment for its employees and a beautiful centralized design showroom where its customers can enjoy their homebuying and home design experience. It is a great testament to Mattamy’s success and their customer-first philosophy.”

Construction on the new Mattamy office space is in final planning stages, with completion and move-in scheduled for Fall 2021.

Phoenix-based McCarthy Nordburg is the project architect. The property is managed by JLL’s property management group on behalf of the landlord.