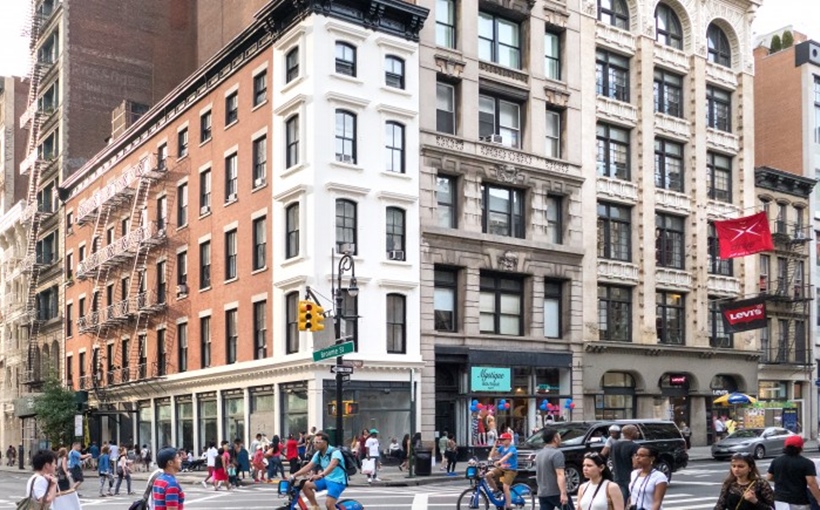 Manhattan’s retail market improved during 2022 along all major metrics compared to the prior year, CBRE reported. The rebound in tourism, demand in the entertainment and luxury sectors and a return to normalcy during the holidays propelled the New York retail market to a better position than in 2021.

During the fourth quarter, average asking rents in the prime 16 retail corridors saw a modest 1.2% uptick to $615 per square foot. That represents the second consecutive quarterly increase.

Leasing velocity improved 11.6% annually to 2.5 million square feet, but showed signs of slowing down in Q4, when it declined 9.7% from the prior quarter’s total. “While the market exuded positive momentum in Q4, economic headwinds are expected to present a challenge over the next several quarters, which could slow or halt progress in New York’s retail landscape,” according to CBRE.

Pictured: 489 Broadway in SoHo, where footwear brand Dolce Vita signed a lease in the fourth quarter of 2022.