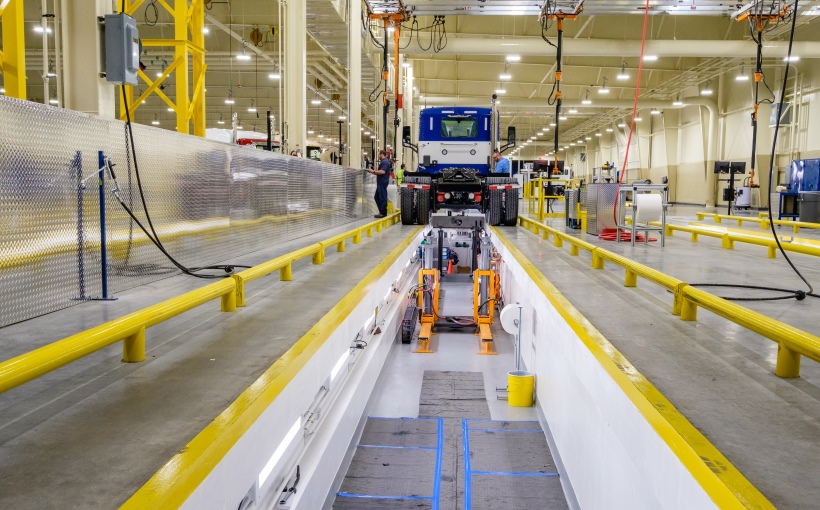 Merriman Anderson/Architects’ (MAA) industrial project experience spans a variety of architectural and design concepts. One of the most complex and innovative projects was the automated storage and retrieval system at the Peterbilt Test Building in Denton.

MAA worked with Peterbilt Motors Co. to expand its main manufacturing and production plant. The architectural firm integrated a computer-controlled automated storage and retrieval system (ASRS) on the second level of the building. The space was an existing penthouse building sitting at the roof level of the main plant, with a partial existing parts system that was to be removed and the entire area dedicated to the ASRS.

The firm was able to install ASRS and upgrade the existing building to support the new advanced manufacturing system without shutting down the existing plant or production process, including adding new vertical circulation with two elevators and egress paths from the penthouse that didn’t conflict with the ASRS layout. The ASRS has capacity for 400 painted hoods, sleepers and cabs. It was designed to allow for increased productivity, efficiency of production and modernization of Peterbilt’s equipment.