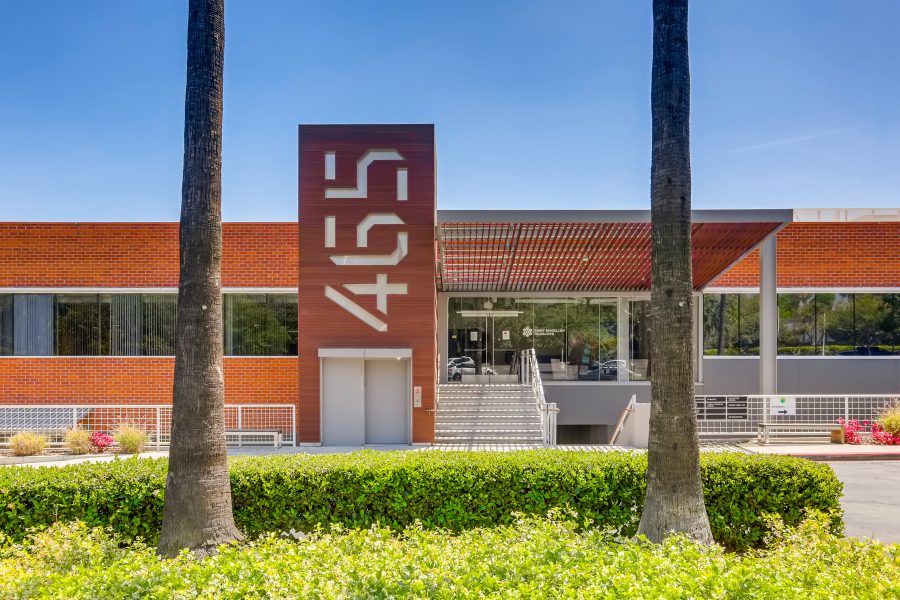 The Pasadena office market continues to attract blue-chip companies that are drawn to its transit access as well as the recent mixed-use projects that have brought new housing and development to the city. With that demand in mind, the West Coast arm of Lincoln Property Company, LPC West, has partnered with Angelo Gordon to acquire 465 North Halstead, an office campus on 9.6 acres in East Pasadena, blocks from the Sierra Madre Villa station along Metro’s Gold Line.

The 240,904-square-foot campus will be anchored by Xencor Inc., a biopharmaceutical company developing potential treatments for cancer and autoimmune diseases. The company will lease approximately 148,000 square feet which will account for half of the campus space. The building will be renovated with lab space to accommodate Xencor’s relocation from its current headquarters and lab space in Monrovia.

“Xencor has called Southern California home for more than two decades, and we are excited to return to Pasadena, where our company was first founded. Our new, modern and fully customized workspace will provide our scientists with ample room as well as future optionality to advance our innovative protein technologies and to engineer potential new therapies for patients,” said Bassil Dahiyat, president and chief executive officer of Xencor. “We are also thrilled to work with LPC West, whose investment demonstrates leadership within the life sciences real estate sector and recognizes Pasadena as an exceptional talent-rich community important for the growth of the life sciences industry across Greater Los Angeles.”

The campus underwent a multi-million-dollar renovation in 2015. Since that time, it has been home to a diverse array of tenants in the science, engineering, technology and financial industries. Now, the property is transitioning to a predominately life sciences center with the addition of Xencor.

“Xencor is doing important life-saving work and we are thrilled to acquire space for them in Pasadena, which has long attracted the world’s top science and technology companies,” said Rob Kane, executive vice president of LPC West. “The campus at 465 North Halstead is in a prime location in East Pasadena and is very well-suited to the life sciences industry, which is continuing to grow at a rapid pace in Los Angeles.”

Kevin Shannon of Newmark and his team represented the seller in the transaction. Chad Urie, Patrick Church and Josh Wrobel of JLL represented Xencor.