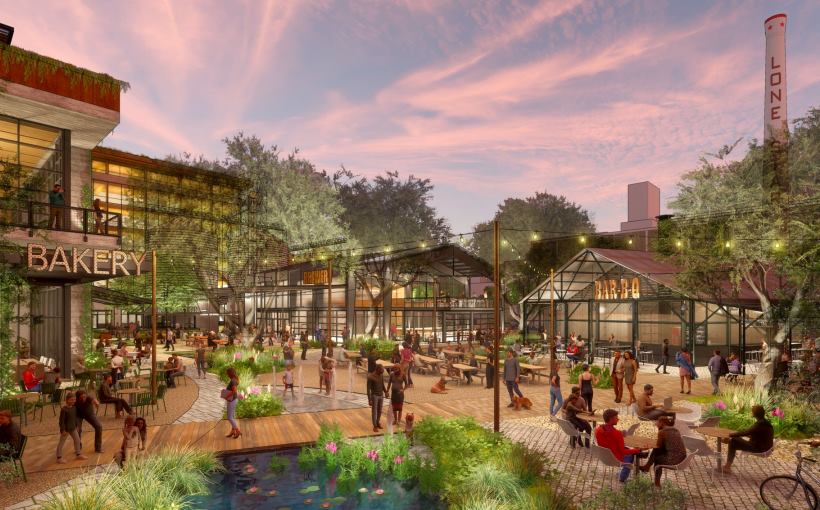 The Lone Star District is primed to become a regional connection for residents and visitors alike, offering direct access to major thoroughfares including I-10 and I-35. And, the five Spanish colonial missions that make up Texas’ first and only UNESCO World Heritage Site are all located within six miles of the Lone Star District, making it a convenient tourist stop. Other nearby attractions include the Alamo and the King William Historic District.

“Sharing the community’s cherished memories and longstanding ties to the former Lone Star Brewery and the historic Lone Star Buckhorn Saloon and Museums, we’re thrilled to honor the site’s historic legacy, the neighborhood and the people who have come before us, while also embracing change and generating excitement for what comes next,” said Kevin Covey, managing partner of GrayStreet Partners.

The first phase of Lone Star District is a 12-acre mixed-use project located directly south of Lone Star Boulevard. Centered on the site’s historic core, phase one will feature a mix of residential, office, retail, restaurants, bars and entertainment venues. Renovated historical buildings will be among newly constructed properties.