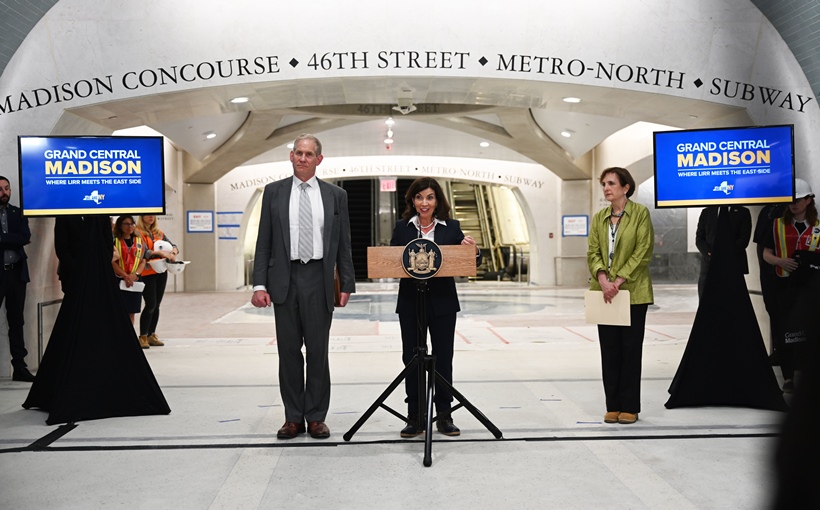 “New Yorkers are just months away from being able to seamlessly ride a train between East Midtown and Long Island,” Hochul said. LIRR train service to the new terminal, the largest to be built in the U.S. since the 1950s, is on pace to begin later this year.

Grand Central Madison will be the LIRR’s first entry point into Manhattan that isn’t shared with other railroads, the governor’s office said. With the new terminal in service, some LIRR trains will be moved out of Penn Station while allowing the Metropolitan Transportation Authority to eventually bring some Metro-North rail service to Penn.