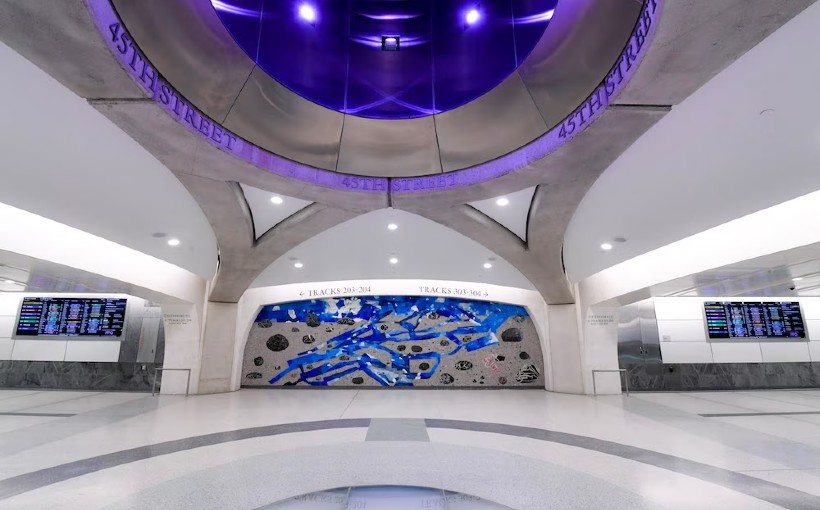 The Metropolitan Transportation Authority’s Long Island Rail Road (LIRR) will inaugurate service into the newly constructed Grand Central Madison terminal on Wednesday with a train departing from the LIRR’s Jamaica station. Grand Central Madison is the first major new downtown rail terminal to open in the U.S. since 1955 and the first extension of the LIRR since service began to Penn Station in 1910.

The expanded service is the outcome of an $11.1-biliion project to connect the LIRR to the East Side of Manhattan. The LIRR assumed operational control of the 700,000-square-foot Grand Central Madison facility last month.

Initially, East Side Access service on the LIRR will be limited to trains running between Grand Central Madison and Jamaica—hourly during rush hour, and every half hour during off-peak hours and on weekends. At present, there are no changes to existing trains to Penn Station and other destinations, but that’s likely to change when full LIRR service to the new terminal goes into effect.