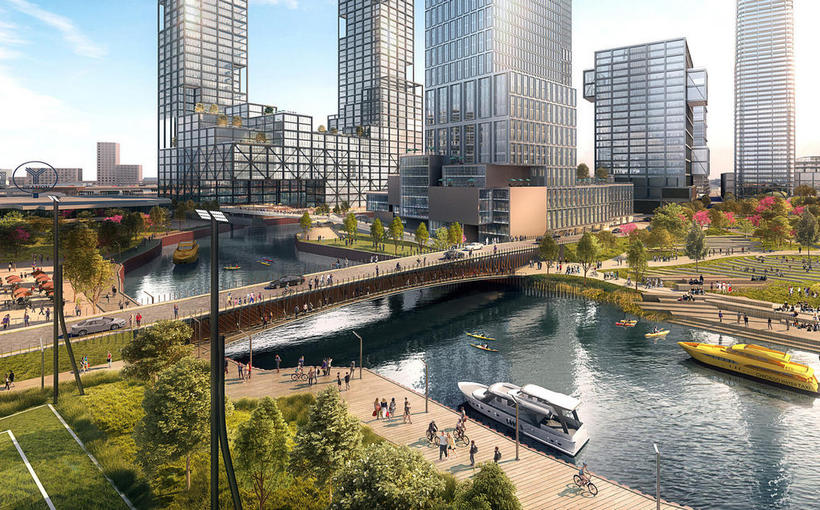 Sterling Bay’s massive Lincoln Yards project has cleared another hurdle, as the Chicago Plan Commission voted to approve the development. The developer plans a mix of office, residential and hotel on 55 acres of formerly industrial land in Lincoln Park and Bucktown.

The Lincoln Yards plan was revised significantly earlier this month, with a soccer stadium and entertainment district removed from the mix, and opponents of the project argued that more time was needed to consider it.

“This is the biggest development the city will approve in decades, and we just got the plan last weekend,” Ald. Michele Smith said at Thursday’s Plan Commission meeting. “It is wrong to make such a decision within a week.”

However, another alderman, Walter Burnett, vouched for Sterling Bay based on his extensive work with the developer on projects in the Fulton Market District. “Everything they’ve said they’ll do, they do,” Burnett told attendees.