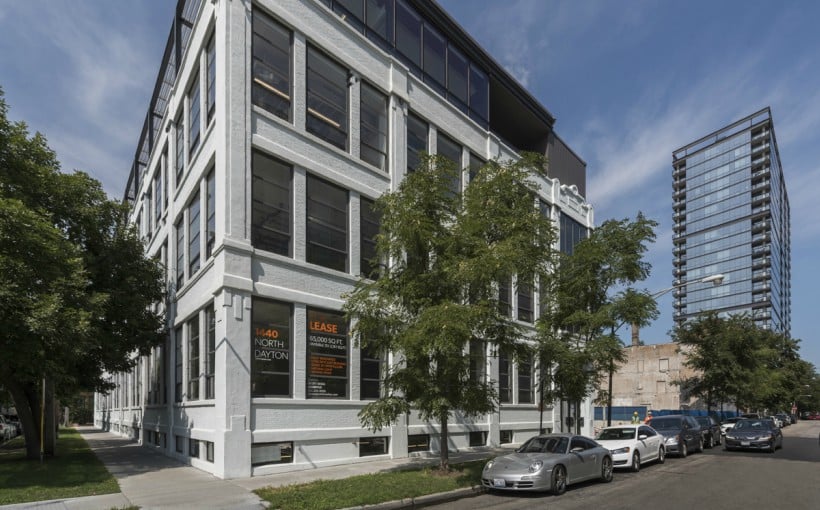 “The time, painstaking care and creativity that went into restoring this building, to the point that it now stands as one of the most thoughtful office spaces in the area, is nothing short of a love letter to redevelopment,” said Scott Sessa, an Ameritus broker who is leasing the building. “And that dedication came across every time we showed the building.”

Originally built in 1924 by the Seng Company, a furniture parts manufacturer, 1440 N. Dayton underwent its first office space conversion in the mid-1980s. Its current renovation, which began in fall 2016, was overseen by Lawton Stanley Architects.