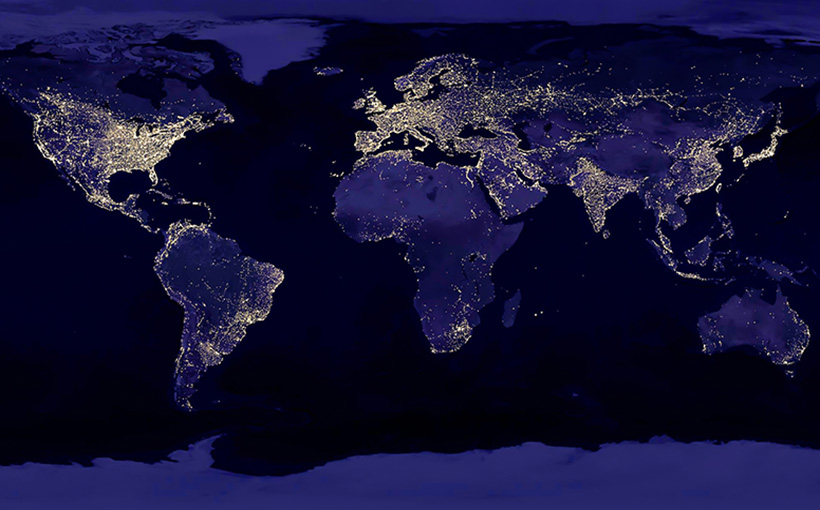 Commercial real estate lighting requires a lot of energy consumption. How much? Depending on the research, it makes up anywhere from 17% to 40% of all commercial energy consumption in the U.S. The problem isn’t just with the buildings, either. According to a recent article from JLL, light pollution is becoming an increasing problem in most cities. In addition to disrupting human circadian rhythms, light pollution tends to harm nocturnal animals and migrating birds.

The metrics bear this out. The International Dark Skies Association estimates that at least 30% of outdoor lighting in the U.S. alone is wasted lighting. This generates $3.3 billion in costs and releases 21 million tons of carbon dioxide annually.

In response, municipal authorities worldwide are putting regulations into place to lower outdoor light pollution. Many European countries have initiated national light pollution laws to turn down outside artificial lights. Meanwhile, in New York, lawmakers introduced the “Dark Skies Act” earlier this year, in an effort to reduce light pollution and hopefully mitigate the deaths of migratory birds as well.

“Lighting design historically prioritized visual comfort and occupant safety over its impact on the external environment,” said Patrick Staunton, Sustainability Associate at JLL. “Now, an increasing focus on ecology, alongside a greater understanding of the impact of artificial lighting on people and biodiversity, means that tackling light pollution is becoming a critical part of urban sustainability strategies.”

Meanwhile, building owners and managers can do their part by helping lower the energy consumption of lighting. Solutions proposed by JLL include the following:

“Beyond financial return, the intangible benefits of better light quality include improved productivity, happiness and performance,” said Jennifer Fortenberry, JLL’s Global Product Manager, Energy & Sustainability. “Ultimately, this positively impacts employees, the rentability of spaces themselves, and the attractiveness of these assets to the market.”