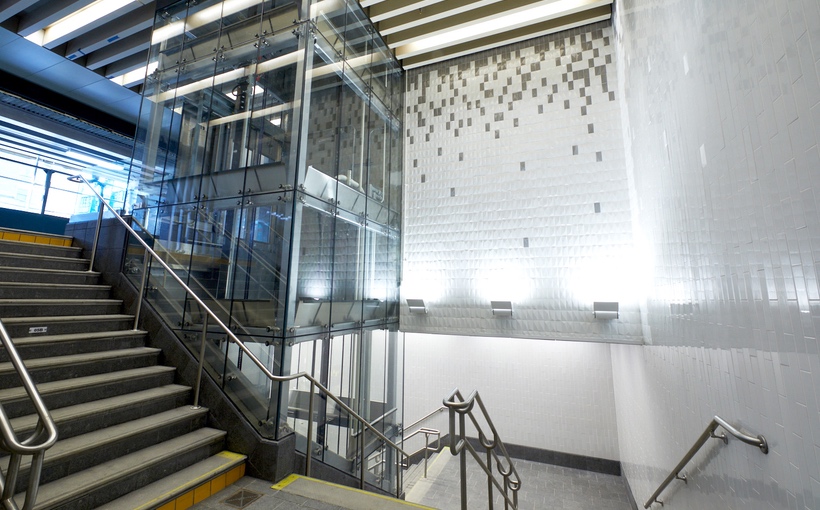 Along with making a mark as Queens’ tallest building, Skyline Tower is also enhancing the Long Island City transit experience through a series of critical station upgrades that are now open to the public. These improvements, designed by a Stantec-led team, replaced an existing subway stairway with a new fully accessible elevator within the building’s base at 23-15 44th Dr., expanding accessibility and capacity at the Court Square – 23rd Street station.

The project was made possible through a public-private partnership between the Metropolitan Transportation Authority and the developers of the residential condominium tower, United Construction & Development Group, FSA Capital and Risland US Holdings.

“The relocation of a subway entrance in a highly dense and established neighborhood like Long Island City requires close coordination and careful planning within a web of vital components – from supporting unified station design and accessibility, to guiding excavation and utility transfer,” said Stantec’s Stéphane Lefebvre.