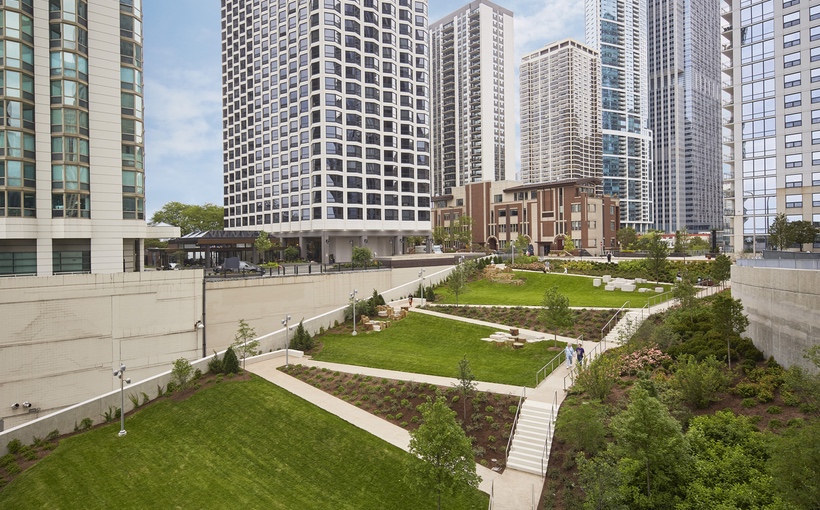 Move-ins have begun at Cascade, a 37-story, 503-unit luxury apartment tower developed by Lendlease and Magellan Development Group in Chicago’s Lakeshore East neighborhood. Reportedly it’s the first standalone rental property developed in Lakeshore East in nearly a decade, and the move-ins coincide with the opening of the adjacent Cascade Park.

“In less than two years, and despite the many challenges posed by the pandemic, we’ve fulfilled our vision of creating a modern, sustainable tower that places residents in the heart of downtown and about as close as they can get to Chicago’s dual waterfronts: Lake Michigan and the Chicago River,” said Ted Weldon, executive general manager of development for Lendlease’s Chicago office.

Cascade residents who plan to transition into homeownership can take advantage of a program allowing them to sign a contract for a condominium at Cirrus — Lendlease and Magellan’s adjacent 47-story, 350-unit condo tower that’s scheduled to open this fall — while they lease next door at Cascade.