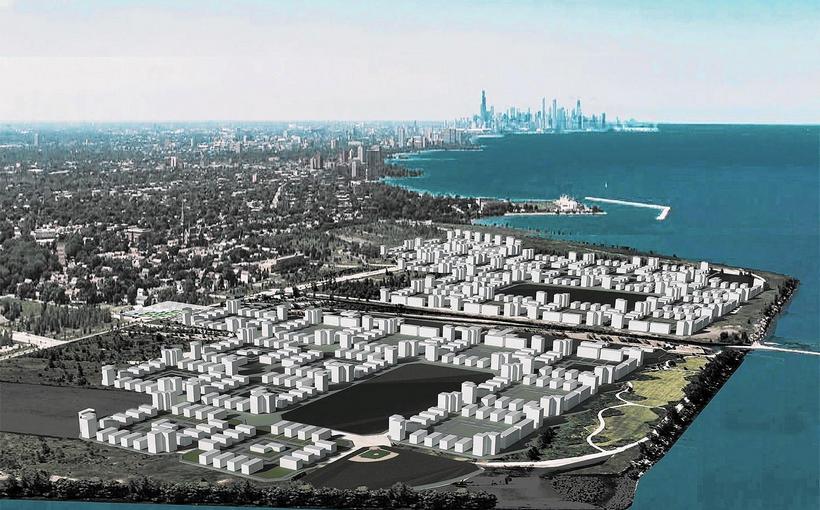 A large-scale project announced last August to replace a former U.S. Steel factory on the South Side with 20,000 modular homes is now up in the air. Plans to buy South Works, a 440-acre site, are “currently on hold because of soil contamination problems that need to be cleared,” Barcelona Housing Systems said in a statement.

The Emanuel administration announced last summer that Barcelona Housing and its partner, Dublin-based Emerald Living, had signed a purchase and sale agreement with U.S. Steel for the South Works site. The steelmaker, which closed the facility in 1992, said last week that the site had already been cleaned up in accordance with federal regulations and was ready for redevelopment.

South Side residents have seen ambitious plans to redevelop the site come and go over the years. Most recently, McCaffery Interests and U.S. Steel parted ways in 2016 after more than a decade planning a redevelopment.