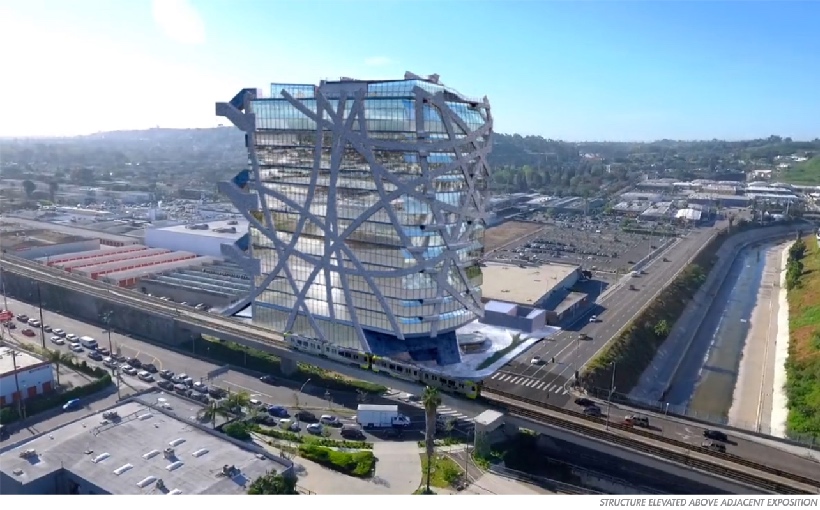 LA’s Skyline About to Get a Ton Cooler via JLL, Samitaur

When cruising down Wilshire or Sunset or Hollywood boulevards, one is likely to encounter a car that is “wrapped” – that is, a car sporting a graphic exterior that is flashy, yet protective. 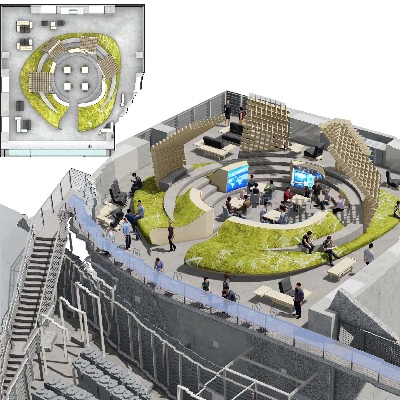 Now, imagine such an eye-catching, graphic treatment that’s 16 stories high. Samitaur Constructs will unveil (unwrap?) some scaffolding and an outside cover of (W)rapper – a unique, outrageous, 180,548-square-foot creative office tower located at 5790 West Jefferson Blvd. in the submarket of Culver City in Los Angeles within the next few weeks.

More details, from a news release:

(W)rapper features a breath-taking rooftop deck amenity at over 220 feet in the air, alternative perimeter floor heights of 13’6”, 16’6” and 24’ with suspended loft space, a distinctive lobby with retail amenity area, expansive 360-degree views from extraordinary full-height perimeter glass line, desirable “column-free” floor plates, efficient side core design and a seismic base isolation system for greater earthquake safety. (W)rapper is one of the few commercial office buildings in the United States with base isolation construction typically used in critical need buildings to withstand an earthquake.https://urbanize.city/la/tags/wrapper

“(W)rapper is a culmination of creative office evolution, a building which can explain and express the culture of the companies that locate within,” said Laurie Samitaur Smith, owner of Samitaur Constructs and the project’s sole owner/developer, in the release.

JLL is overseeing the structural exoskeleton unveiling and installation.