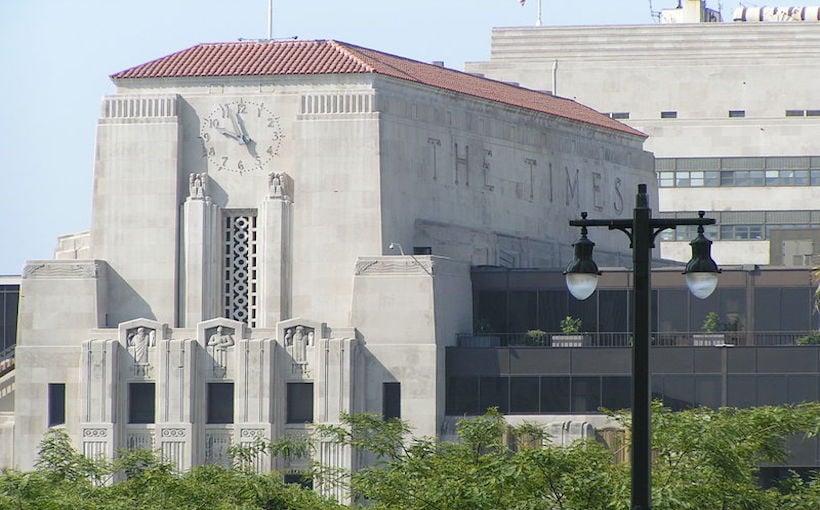 The Los Angeles Times plans to relocate to El Segundo this summer when its lease with Onni expires at the historic art deco building in Downtown Los Angeles. The move was announced during new owner Patrick Soon-Shiong’s first meeting with the 136-year-old news organization’s employees Friday morning.

The new building is reportedly at 2300 E. Imperial Hwy. near the Aviation/LAX Metro station. It is not known how many of the 800 employees Soon-Shiong says he quickly needs to find a home for will be located at the site in El Segundo, or if it will just be a division. In the past year-and-half, Soon-Shiong has acquired 10 buildings in El Segundo.

Eventually, Soon-Shiong envisions creating a new light-filled, eight-story, 120,000-square-foot facility for the paper, that includes a state-of-the-art studio for video and podcasts, modern technology, a day care center, a basketball court, and a museum set in an open campus for the public to see how a newspaper is produced.