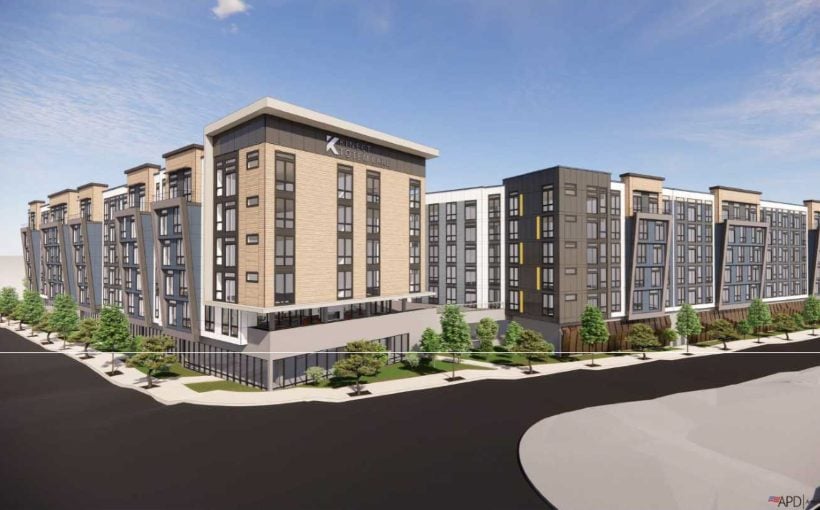 American Capital Group (ACG) recently acquired 4.59 acres in the Totem Lake neighborhood of Kirkland, WA, for $30 million. The land will be used for the development of a five-story residential and retail property featuring 493 apartment units, 20 percent of which will be workforce housing, and more than 11,000 square feet of ground-floor retail.

Located at 12700 and 12704 NE 124th St., construction of the property, led by ACG, is expected to begin in spring 2023. The development site is centrally located to major employers such as Amazon, Meta, Google and Microsoft. The community’s location will also provide residents walkability to the Village of Totem Lake, which includes 360,000 square feet of retail anchored by Whole Foods.

The development project comes at a time of rapid growth for the greater Seattle area. Kirkland has experienced nearly 20 percent population growth since 2010, with more than 6,000 businesses expanding to the region. Job growth in the Seattle MSA is expected to increase by 43 percent in the next 10 years. Google, Amazon and Microsoft have planned expansions to existing office spaces underway, which will provide a combined 40,000 new jobs to the area.

“The influx of high-paying technology jobs in greater Seattle has attracted a number of new residents to the area, with Kirkland becoming an in-demand living destination in recent years,” said BJ Kuula, president, ACG.