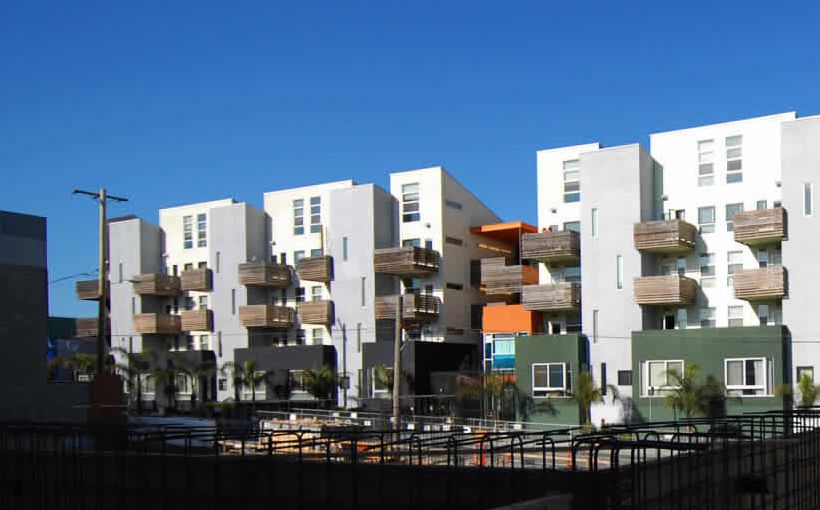 Following the turbulent, pandemic-driven environment of 2020, the current year is widely anticipated to bring a resurgence in commercial real estate lending. How that will playout, though, depends on the profile of the lender as well as the product type. It’s safe to predict that the multifamily sector will be seeing both high volume and keen competition for deals.

Q: What’s the outlook for 2021 as far as KeyBank is concerned? Where will the deals be coming from this year, and what are your expectations for deal flow?

O’Brien: First-quarter for KeyBank is very busy. We did not have the typical slowdown during the holidays—it was slower, but not nearly as much as prior years. Therefore, we had healthy carryover on the conventional side. We have a nice pipeline of acquisitions and refis, and supplemental loans, which means people are having rent growth in certain markets and property types.

That’s on the agency side. On the CMBS side, we’re also starting to pick up on multifamily. We really didn’t do much at all at the beginning of COVID, and now activity is on the rise. Likewise, with debt funds.

I think it’s going to be a challenging year for winning deals, because everybody is out there, wanting to win multifamily financing. We have life companies being aggressive; we have local banks that are definitely back in the game. So there will be competition out there. Right now, we’re busy and I hope it stays this way for the entire year, but it’s too early to say.

Beaumariage: In the first quarter, we’ve got a very robust pipeline. We didn’t have as much carryover into 2021 as we did into 2020, which means we got a whole lot more of our fourth-quarter transactions closed in fiscal ’20. That said, first-quarter is still very strong, certainly stronger than in years past. Leading the helm on that front, we have our preservation transactions, as well as forward commitments for substantial rehab and new construction. So we really have not seen a slowdown in any way, shape or form on the affordable front.

We’ve increased our concentration on the West Coast with the hiring of Brent Hanlin as Affordable Mortgage Banker covering California and Colorado. We’ve also increased our concentration in the Southeast with the hiring of Affordable Mortgage Banker, Leslie Meyers covering the multi-state region. In addition to covering the Southeast, Leslie is an industry veteran in affordable FHA financing and will play a vital role in expanding our FHA financing platform. We do see more and more transactions going in that direction, while at the same time, both GSEs have very viable executions in the current market.

Q: What do you see in multifamily fundamentals? Do you anticipate any challenges arising from these fundamentals, in addition to the challenging competitive environment for lending?

O’Brien: Yes, it will be challenging, although not nearly as much as we thought it would be last March, April and May. The industry thought that vacancies would be in the 8% to 8.5% range by the end of 2020, and I believe they’re in the 6% to 6.5% range right now. That takes into account Class A, B, C, urban cities, suburbs. So it’s definitely better than we thought it would be. That said, rents are not able to be increased in most markets, and there are declines in some other markets.

The strongest products will likely be affordable, workforce housing, manufactured housing with leases in place, and probably secondary and tertiary markets more so than Class A urban. I do think we’ll continue to do Class A urban for the borrowers that have been loyal to Fannie and Freddie, but I also think that the life companies are going to pick up a large portion of that, as they’re lending right now at sub-7 debt yields and being aggressive for the right property in the right markets.

To answer the competitive market question, it will be tough winning deals as the year goes on. Again, the other financing solutions also have plenty of appetite and capacity to be competitive in the multifamily market.

Beaumariage: I would echo those thoughts. Affordable housing is in many ways a unique animal, because we do have restricted incomes and restricted rents that tenants must qualify for. But when you step back and take a look at it, we’re really talking about a sliver of workforce housing in many ways. The tenants in affordable housing are by definition lower-income and there’s no question that the demographic in this sector has been hit hard by COVID, with a loss of jobs or displacement of jobs. But at the same time, we’ve seen remarkable reaction at the federal and in some cases state levels with stimulus packages and such to help people with paying the rent and keeping the rent current.

As Janette mentioned, we expected to see pretty significant spikes in vacancy amid COVID, but they came back much stronger than any of us expected. Properties are stabilized. A few of the properties in the portfolio have elevated collection issues, but generally speaking that portfolio is performing very strongly and we expect it to do so into the foreseeable future.

Q: Given the volatile economic climate, is there still some potential for collection issues, whether on the affordable side or in some of the other asset classes?

O’Brien: NMHC reported that as of Feb. 6, 79.2% paid full or partial rent, compared to 76.6% by Jan. 6. So there was an increase in collections from January until now. Do we think there could be people who don’t pay? Yes, but not nearly to the degree that we originally thought.

Beaumariage: I would agree, and those principles hold true on the affordable side as well.

Q: Is there a typical transaction in your pipeline that sums up what we’ve been discussing?

O’Brien: We have four credit facilities that we’re looking at right now, one affordable with a repeat client, two that are all MHC, and one that is conventional. One of these is all acquisitions, one is part acquisitions and the other two are refi’s. They’re in different parts of the country, and collections are steady, so we’re able to underwrite these and make the numbers work.

Where we have seen challenges in getting deals done are in the seniors housing and the student housing sectors, for obvious reasons. But those two aside, we run the gamut. And by the way, we are closing a couple of student housing deals for the right borrowers at the right spreads. And we’re doing a lot of healthcare with FHA right now. In addition, the GSEs are still looking at healthcare deals and quoting where appropriate.

Beaumariage: We have an existing client that we’ve closed two credit facilities with for acquisition purposes. They have a very robust pipeline and have approached us with a request to close on a third facility to further their expansion. The first facility was closed in 2018, and we’ve since closed nearly $750 million within those facilities. This financing structure is quite successful because it is very conducive to a quick close in order to facilitate acquisition and certainty of execution. This of course is critical in the current market, and very favorable financing terms because the assets within those facilities are cross-collateralized and cross-defaulted.

Q: Talk about KeyBank’s platform and the lending relationships you have.

O’Brien: We have our own CMBS shop; we have Fannie Mae, Freddie Mac and FHA icenses and FHA; we have a couple of very strong debt fund relationships to facilitate bridge to perm. In addition, we have many life company relationships. Our platform allows us, between our balance-sheet partners and the permanent side, to come up with a solution for our clients no matter what they’re bringing to us, across the board in all types of real estate asset classes and sectors.

Beaumariage: On the affordable side, we have a truly integrated platform. Our balance sheet is integrated with our perm lending capabilities, our LIHTC investment capabilities and our capital markets bond underwriting capabilities. Whether it’s construction, perm or equity, we have the same credit officers that approve each of those transactions. When we come to market with a solution, we’re coming with credit support that completely understands the transaction from multiple disciplines. The result is the ability for us to be very nimble and to pivot quickly to accommodate the needs of any specific transaction. That really differentiates us in the market.

O’Brien: The technology that we’re working on right now, which will be ready within 1 to three years throughout all of real estate, will be on one system, helping to streamline everything for our clients and our third-party consultants. We’re spending a lot of time, money and energy in order to do this, and the agencies are also very focused on technology and making the lending experience faster and easier for the client.

O’Brien: I often hear the Southeast and the Southwest are going to be the markets this year for acquisitions and refi’s. I personally believe that the Midwest will also be in there, not necessarily for the tax benefits/climate benefit reasons but because you can still buy properties here above 4% or 5% cap rates, which is getting more and more difficult to find around the country. We have many borrowers on the coasts who are coming to the Midwest for that exact reason.

The only thing that could really affect us is if interest rates increase substanitially, although I don’t think they’re going to spike. I believe they will go up, and there’s always a little bit of a short-term disconnect between the buyer and the seller when interest rates go up, and naturally the cap rate goes up. If a buyer has penciled a deal with the intent to get a certain return, and then the interest rate goes up, clearly they’re not going to make the same return.

So often with this scenario, everybody backs off for a little bit of time, the sellers realize they need to come down a little bit on their expectations and the buyers realize they have to pay a little bit more than they thought. Then it balances out. I do see that happening in 2021, and it’s all cyclical. We’ve seen it before, but I don’t think it’s going to be majorly disruptive. I am confident that we will figure it out along the way.

Connect With KeyBank’s O’Brien and Beaumariage