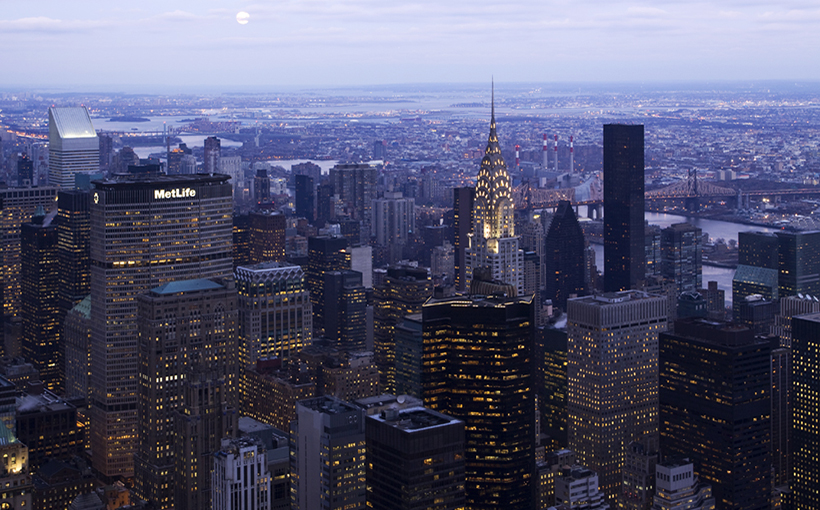 In early February, BOMA New York hosted its first CPD Credit webinar of the year, entitled – Keeping Your Energy Grade Up – A Deep Dive into LL97 & Related Energy Codes. This is a two-part series – the first called – What Happened in 2020 and Prepping for 2021.

Their unanimous takeaway regarding Local Law 97 and related energy codes was that the COVID-19 pandemic and today’s dismally low occupancy rates will not impede the implementation of New York City’s ambitious goals for climate improvement, especially Local Law 97 (LL 97), which mandates a reduction of 80% in greenhouse gas emissions by 2050 for all buildings 25,000 square feet or larger — roughly 50,000 residential and commercial properties across NYC.

These caps, with related penalties for non-compliance, will start in 2024 and become more stringent over time. According to the Urban Green Council, the law is the most ambitious building emissions legislation enacted by any city in the world.

The presentation began with the panelists explaining some of the connectivity between a building’s energy efficiency grade, a code standard that was created under Local Law 95, and the “big picture” of overall climate improvement. Marino said, “The things we have seen so far will create a ‘new normal.’” The energy grade, posted publicly by mandate in building lobbies since 2020, is like a restaurant’s Department of Health food inspection letter grade.

Marino quoted today’s commercial building occupancy rates at between 1% and the lower teens. Cichetti said, “Don’t kill the messenger. We know we must be more transparent about energy consumption. (But) this all kind of hit at once, along with being in the middle of a pandemic. You must keep buildings open or you can’t charge rent.”

Accordingly, landlords’ efforts to keep buildings COVID-free have been leading to higher energy consumption levels for HVAC and air flushing. In other words, there is a major linkage between the “bad” trend of higher energy usage and the “good” intention of doing everything possible to maintain a healthy interior environment.

Egan noted that consumption numbers have not decreased significantly during the pandemic. Marino said, “There are new protocols on opening and maintaining buildings. It’s not ‘business as usual.’” He said that building operators are using more filtration and are running air handling 24/7 for air flushing during the pandemic, even with exceptionally low occupancy.

Incidentally, Cayten added, “Letter grades that are posted now are from 2019. So, even if you have made improvements in 2020, the City allows you to report upgrades only once a year.” Cayten complimented The U.S. Department of Energy’s Energy Star scoring system. The Energy Star numerical score for a building is posted on the same signage as the energy letter grade. He said, “Energy Star spent a lot of time upgrading its algorithm.” He added that even during the pandemic, landlords must report accurate occupancy numbers, down to the number of occupants on a floor, to achieve an accurate energy score.

Traditionally, occupancy is measured only by the percentage of rented space in a building — not the number of people therein. He added, “Scores have actually ticked up, due to better energy management. Don’t be fearful of updating your energy consumption and occupancy numbers.” Cichetti was more assertive. He said, “If you haven’t done your part, you’d better catch up. Run the numbers.”

The panelists offered several accurate methods of counting occupancy, with Cichetti adding that his firm has a client who monitors day-to-day occupancy with cards that are red on one side and green on the other, “. . . like at a Brazilian steakhouse.”

The virtual presentation also addressed tenant and landlord responsibility for compliance under LL 97 and related codes. Cayten noted that a building’s energy consumption can be roughly divided into 60% for tenant use and 40% for landlord use, with space heating accounting for 42% of overall energy use. The panelists noted that, under Local Law 88, sub-meters must be installed in commercial tenant spaces on floors over 5,000 square feet by January 1, 2025. Additionally, tenants must be provided with a statement of monthly electrical usage.

Panelists also discussed penalties, the flip side of compliance. Along with the increasingly stringent carbon caps, penalties will also be applied. As a result, the costs of compliance will soon figure into lease negotiations. Yashar noted that “most tenants are not worried about 2024, but they are planning for 2030.”

She noted the nuanced relationship between improved tenant energy usage and landlord-initiated energy efficiency improvements. Essentially, the law says you may not pass through to tenants the costs of compliance, but you may pass through the costs of capital improvements. Egan elaborated that the building operator has a responsibility to run the energy hardware, but the tenant must not over-use it.

The panelists agreed that this issue would lead to energy usage efficiency ultimately being written into lease agreements. In other words, “If you go over, you will pay.”

Egan made the salient point that there is no specificity written into LL 97 on “how” buildings should comply with the law, unlike the specificity of other local laws, such as mandating sprinkler systems to comply with fire prevention codes.

In conclusion, the panelists cited the New York State goal of having all energy provided from renewable sources by 2040. Whether or not that goal is achievable, Cayten predicted that energy costs would rise “quite dramatically” in the coming decades – to as much as three times the present rates.

Accordingly, the panelists concluded, it is paramount not to perceive 100% renewable energy to “consume as much as I want because it’s all renewable,” but instead, as a real motivator to become a far more efficient user — if only to cut costs.

Stay tuned for the exclusive summary of Part Two of this series, where the same panel of thought leaders will continue the conversation about energy related codes and regulations, including LL95 energy report cards, submetering, lighting, as well as building and tenant energy star programs. They will also review best practices for capital planning, specifying projects, costs, timing, and alternative paths to compliance.