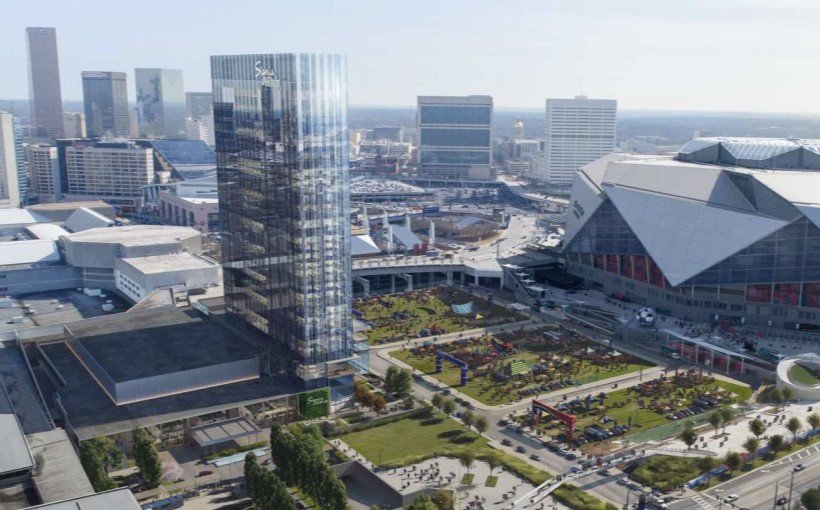 A joint venture led by global construction and development firm Skanska, along with SG Contracting Inc., has been tapped to build a newly constructed Signia by Hilton hotel in Atlanta. The $308.2 million project will be connected to and serve as the headquarters hotel for the Georgia World Congress Center (GWCC).

Located on the northwest corner of the Georgia World Congress Center Authority campus, the 1.2 million-square-foot, 40-story hotel will overlook Mercedes-Benz Stadium and connect to GWCC by way of walkway. The hotel, designed by Gensler, is set to open in early 2024. Signia by Hilton is a new upscale brand from Hilton Worldwide Holdings Inc. The hotel will consist of 975 guest rooms, 75,000 square feet of meeting and event space and fitness facilities as well as two chef-driven restaurants and three destination bars.

“The Signia by Hilton will further elevate Atlanta’s international presence and position as a major host of civic, cultural and commercial events,” said Scott Cannon, executive vice president and general manager for Skanska USA Building’s Georgia and South Carolina operations. “As a catalyst for economic growth in the region, the hotel will generate an estimated 600 construction jobs, as well as employ many more once it opens.”