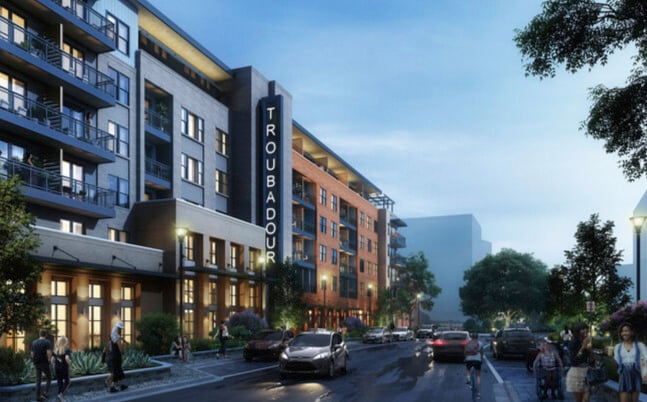 The owners of the 321-unit Troubadour had the asset sold before it even opened. Christopher Investment Co.’s Daniel Myrick says , “We entered into a purchase agreement for the Troubadour before the community had even begun to lease because the location and high-quality were clear. While we had every expectation it would perform exceptionally well, we had no idea it would be this successful out of the gate.” When it opened in April, 25% of the units were pre-leased, since then the complex has reach a 93% occupancy and the new owners expect it to be rented out by the end of August.

Troubadour is the final multifamily community to be completed in University Park, the master planned community redevelopment of the former 22-acre Concordia University campus.