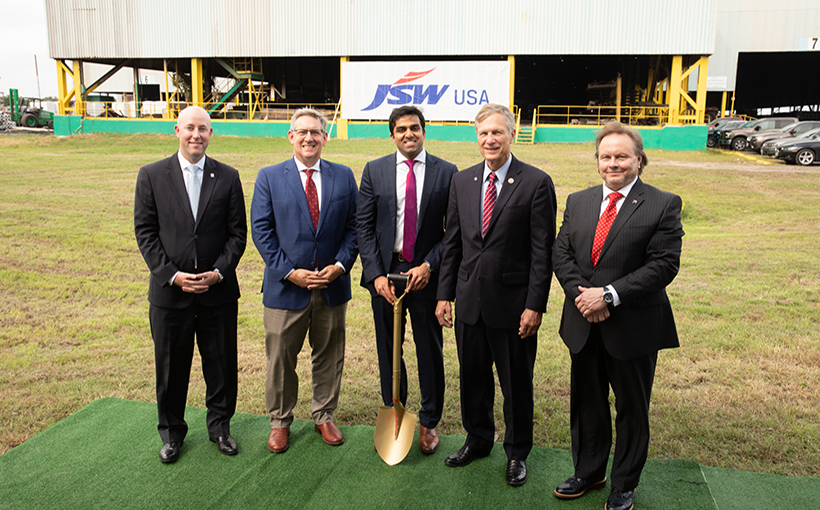 JSW USA broke ground on its new plate mill factory, which is being built on 111 acres in Baytown, TX. The project, which is under development at an estimated cost of $500 million, will result in “the most technologically advanced and eco-friendly electric arc furnace, slab caster and plate mill of the future in the world,” according to a release announcing the groundbreaking. The plant is under construction on JSW USA’s 700-acre campus on Mc Kinney Road in Baytown.

A previous report noted that the expansion is part of a second and larger phase of a plate mill modernization and expansion project that began in June 2017. The new plant is expected to be completed and operational within the next 18-24 months.

JSW USA is a subsidiary of JSW Steel India, and the company plans to hire 1,000 new workers and spend more than $1 billion to modernize and expand its U.S. operations.