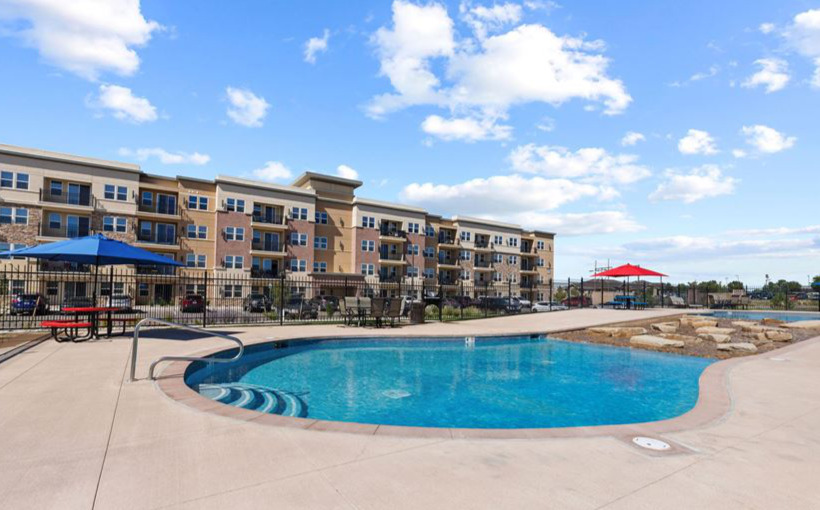 A joint venture between Graycliff Capital Partners and Buligo Capital Partners has landed a $52.7 million loan for its newly built Class A multifamily community in Johnstown, Colo, about a 30 minute drive north of Denver. The loan helped facilitate the property’s $73.1 million, or $290,079/unit purchase.

ACRE provided the loan for the 252-unit Johnstown Plaza through its debt fund ACRE Credit I. CBRE brokered the deal with a team led by David Zimmerman, Cliff Joyner and William Bould.

“With significant economic growth and development in the last three years, Johnstown has established itself as an increasingly sought-after place to live in the greater Denver-Fort Collins area,” said ACRE’s Daniel Jacobs.

Community amenities include an outdoor swimming pool, a dog park, basketball courts, grilling stations, a business center, a gym and a self-storage facility. Since opening in the second quarter of 2022, Johnstown Plaza surpassed 35 percent occupancy in late August.