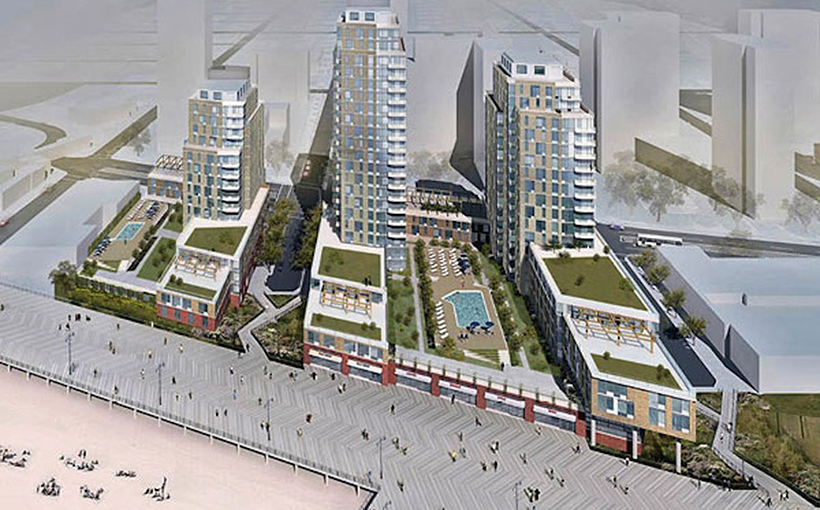 Red Apple Group is bringing an amenity from the 1800s to its Ocean Dreams development in Brooklyn’s Coney Island.

A trolley line built by the developer will connect the 440 luxury apartments at 3514 Surf Ave. with the Stillwell Avenue subway station, about a mile away. Red Apple had originally planed to provide bus service to the subway station. “I am designing something even better… a San Francisco trolley,” said John Catsimatidis, owner of Red Apple, to Coney Island News.

A century ago or more, a number of developers created their own transit systems to serve the new neighborhoods — “streetcar suburbs” — along their transit lines.