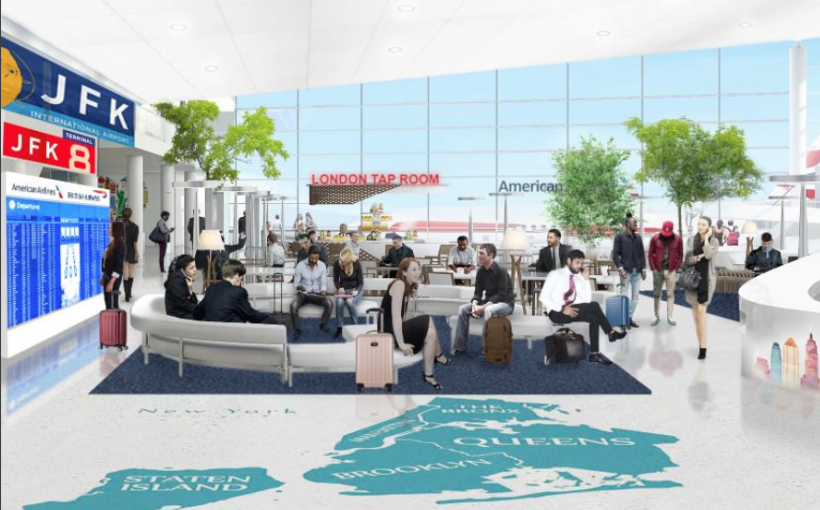 American Airlines and British Airways will invest $344 million in John F. Kennedy International Airport to expand and improve the airport’s Terminal 8. The expansion will add 70,400 square feet to the terminal, and refurbish another 57,500 square feet.

The investment is being made in connection with an agreement between British Airways and the Port Authority of New York and New Jersey, which operates the region’s airports. The airline will move from its current location in JK’s Terminal 7, which will be replaced as part of JetBlue Airways’ plan to build a new terminal on the airport’s north side.

At Terminal 8, there will be five additional wide-body gates to allow for more transatlantic flights and four nearby on-airfield plane parking/unloading areas to accommodate the added flights. As a result, passengers will have the increased flexibility of 14 daily flights to London from the same terminal.