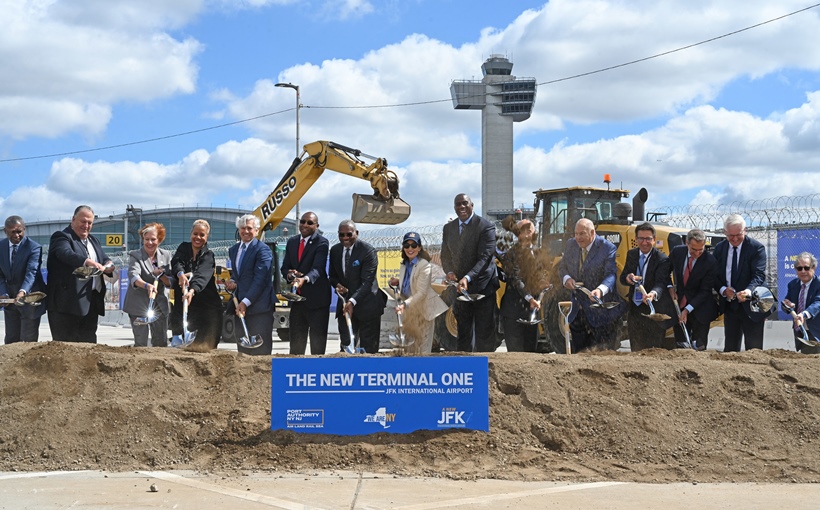 Two years after the originally scheduled start of construction, groundbreaking has taken place on a $9.5-billion, privately financed New Terminal One at John F. Kennedy International Airport. The groundbreaking follows a revised agreement late last year between the Port Authority of New York and New Jersey and a consortium of financial sponsors.

The severe impact of the COVID-19 pandemic on air travel led to the Port Authority and the New Terminal One (NTO) consortium restructuring the previous agreement to build and operate the new terminal. This past June, the Port Authority’s Board also voted to approve a new lead investor in the project.