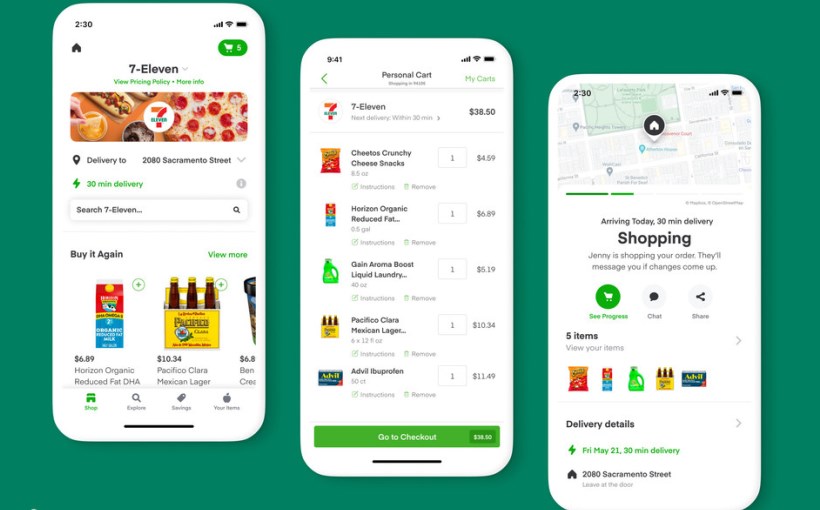 “7-Eleven strives to be the world’s leader in convenience, which means giving customers what they want, when, where and how they want it,” said Raghu Mahadevan, 7–Eleven senior vice president and head of digital.

With the announcement, 7-Eleven delivery via Instacart is now available across 33 states and Washington, D.C. Customers across seven states including California, Florida, Idaho, Illinois, Missouri, New York and Ohio, and Washington, D.C., now also have access to alcohol delivery from 7-Eleven stores in as fast as 30 minutes. The companies plan to scale alcohol delivery to more states and stores in the coming months.

“We know the way customers shop for their groceries and goods varies week-by-week. Sometimes people need a full fridge and pantry restock and other times they just need a few things quickly like some snacks for the kids, a bottle of wine for dinner or over-the-counter medication to nurse a headache,” said Chris Rogers, vice president of retail at Instacart. “As more people turn to Instacart to help put food on their tables, we’ve seen customer demand for convenience retailers increase over the last year, with convenience orders on Instacart up by more than 350 percent since last August.”