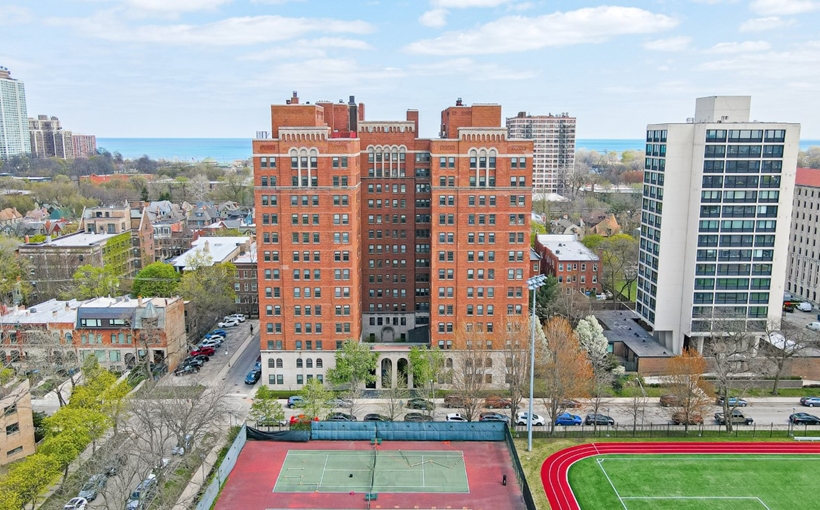 Hyde Park Sale is Neighborhood’s Largest in a Decade

Interra Realty brokered the $23.45-million sale of The Cloisters, a 13-story, 86-unit rental community at 5801 S. Dorchester Ave. in the South Side’s Hyde Park neighborhood. The property traded to Antheus Capital at the neighborhood’s highest price for a single multifamily asset in more than a decade.

David Goss, Jon Morgan, Joe Smazal and Mark Dykstra of Interra represented the seller, the Baptist Theological Union (BTU). BTU bought The Cloisters in 1961 from the University of Chicago, which since then has managed the property.

“After BTU received an unsolicited offer and was introduced to Interra to perform a valuation, the nonprofit engaged us to exclusively market the property,” said Smazal. “The buyer was selected not only because of its aggressive price and terms, but also because of its large portfolio of similar properties and the seller’s confidence it will be a good steward of the property for years to come.”