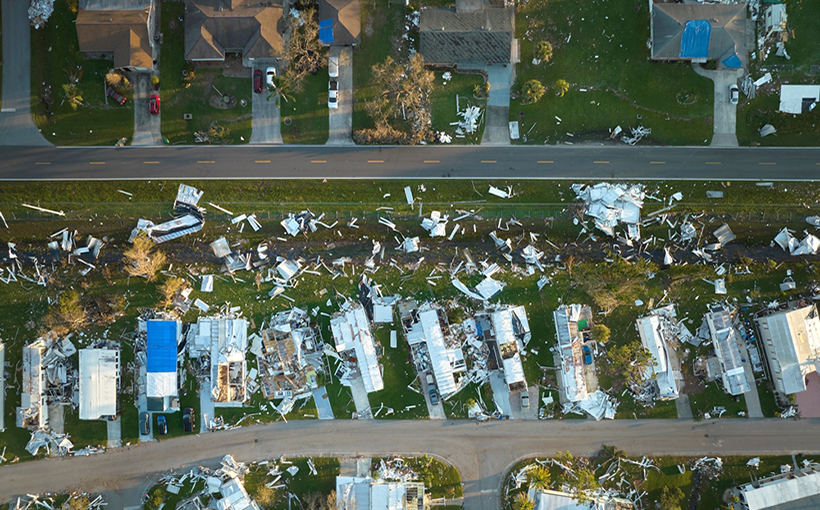 Hurricane Ian roared into the U.S. on September 28, 2022, devastating highly populated communities throughout southwest Florida. During early October 2022, modeling firm RMS estimated that the massive storm caused anywhere from $53 billion to $74 billion in insured losses from Florida to the Carolinas. The “best-guess estimate,” in the meantime, was $67 billion.

The storm effectively destroyed thousands of homes, effectively bringing the spotlight onto Florida’s already problematic housing situation. Added to the problem is that “ongoing supply chain constraints, rising interest rates and widespread inflation may lead to a longer and costlier rebuilding period” versus that from previous storms, according to a recent special report released by Marcus & Millichap.

Damaged housing is prompting households to take temporary residence in area hotels. Furthermore, those from out of state who are assisting in recovery efforts also need places to stay. Marcus & Millichap analysts indicated that typical September hotel occupancies in and around Fort Myers-Naples is 57%. But following Hurricane Irma in 2017, occupancy rates were at 80%. “Local hotel occupancies are poised to repeat this trend over the next few months,” according to Marcus & Millichap.

A lack of adequate flood insurance could mean a delay in home repair, with some homeowners just waking away from damaged properties. “The combination of newly-displaced residents and a significant number of damaged properties on the single-family market could potentially lift demand for apartments in the area for the foreseeable future,” Marcus & Millichap said. But there are fewer than 5,000 vacant apartment units in the Fort Myers-Naples metro. This could lead to higher rental demand in nearby Central and South Florida.

Interestingly enough, the report indicated that Southwest Florida commercial real estate investors are likely to stay the course. Fort Myers and Naples are fast-growing cities, complete with growing employment markets and a lower cost of living compared to other major metros. Marcus & Millichap acknowledged that the storm could put a negative damper on activity in the near term. However, “it will unlikely deter investors from making deals in Southwest Florida and nearby metros,” especially once infrastructure is up and running once again.