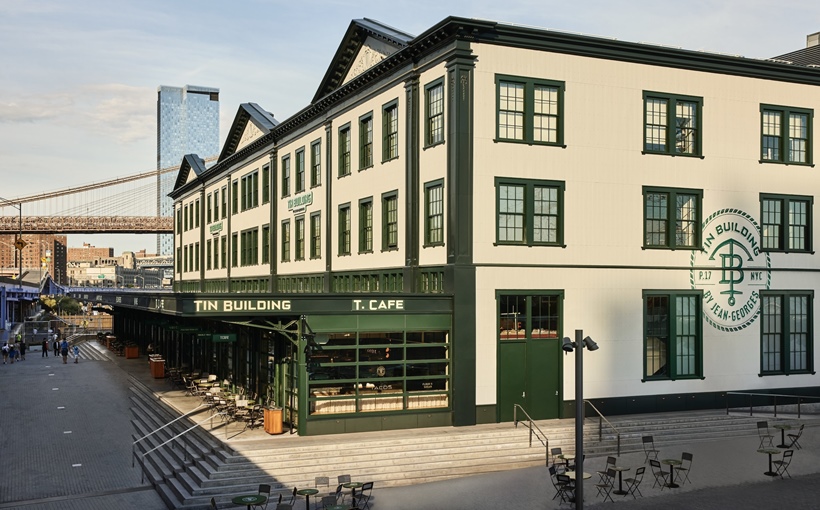 The Howard Hughes Corporation (HHC) and Chef Jean-Georges Vongerichten celebrated the opening Wednesday of the Tin Building by Jean-Georges, a 53,000-square-foot culinary marketplace at Pier 17 at the Seaport on the site of the former Fulton Fish Market. It’s the first project completed by HHC and Jean-Georges since HHC acquired a minority stake in the restaurateur’s company earlier this year.

“The reconstruction of the Tin Building further establishes the Seaport as a community anchor and gathering place,” said Saul Scherl, president of the New York region for HHC. “With locally and globally sourced foods, exciting programming, and the addition of new jobs, this revitalization is a testament to the Seaport’s enduring legacy as a thriving hub of opportunity and innovation.”

Over the past 10 years, HHC has spent $789 million on the development of Pier 17, the Tin Building and the historic Seaport neighborhood,