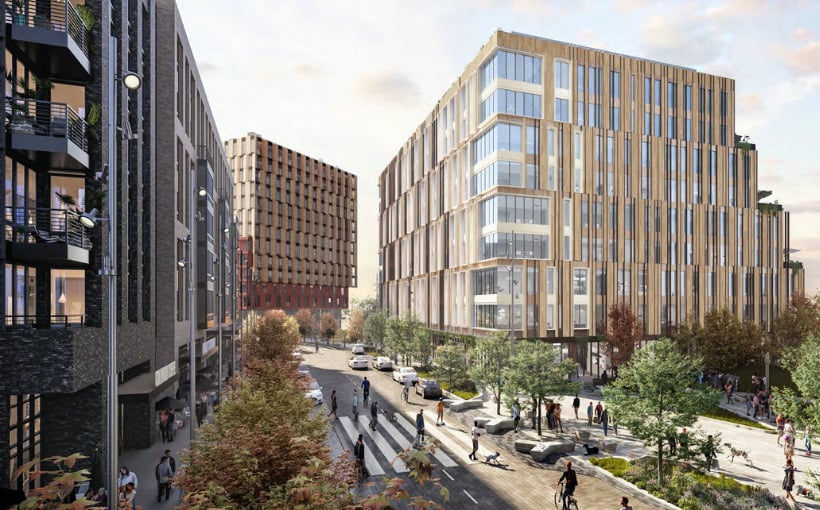 The Howard Hughes Corporation — which owns, manages and develops commercial, residential and mixed-use real estate in a portfolio of master-planned cities and communities — has broken ground on a four-story, $45.8 million medical office building located in the Lakefront District in Downtown Columbia, MD.

The four-story, 86,000-square-foot medical office building will rise along the south shore of Lake Kittamaqundi at 10285 Little Patuxent Parkway. It set in a wooded landscape and will feature outdoor gathering spaces, a permanent public art installation, and a boardwalk-style public terrace offering expansive lake views.

At full buildout, the redevelopment of Downtown Columbia will include three neighborhoods — Lakefront District, Merriweather District and Central District — and will feature more than 14 million square feet of residential, office, hotel, retail, cultural and public uses including public parks, trails and more.