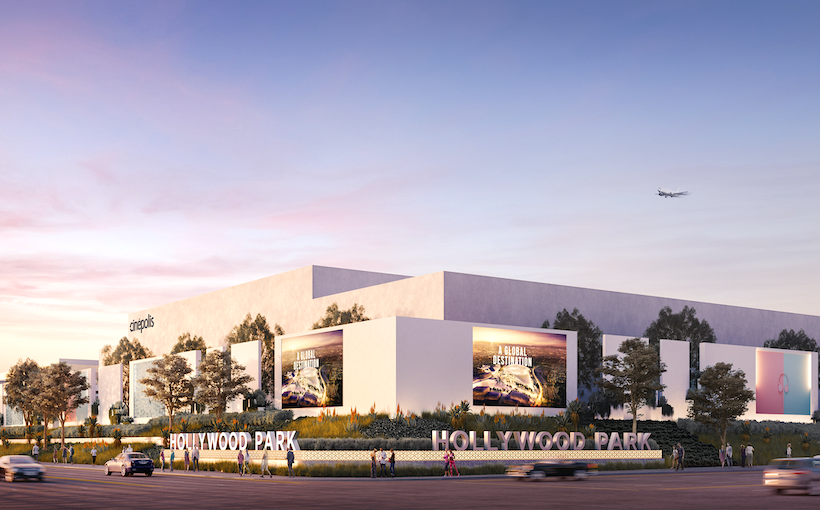 Real estate investment and development firm Wilson Meany is planning to have the grand opening of Hollywood Park, a sport and entertainment destination in Inglewood, next year, according to the Los Angeles Business Journal. The entertainment venue is being built near SoFi Stadium, the home of the NFL’s Los Angeles Rams and Los Angeles Chargers.

The retail offerings are set to include retail, creative office space and a Cinepolis movie theater. There will also be a community-driven art program that includes Los Angeles artists. Multidisciplinary artist Geoff McFetridge, Inglewood native Calida Rawles and artist Eve Fowler will be the first to have their murals featured as part of the first phase of Hollywood Park’s 500,000-square-foot retail district, according to SoFi Stadium officials.

“Art and culture create a sense of place. Hollywood Park will be a platform for artists to connect with guests and future residents,” Jason Gannon, managing director at SoFi Stadium and Hollywood Park, said in a statement.