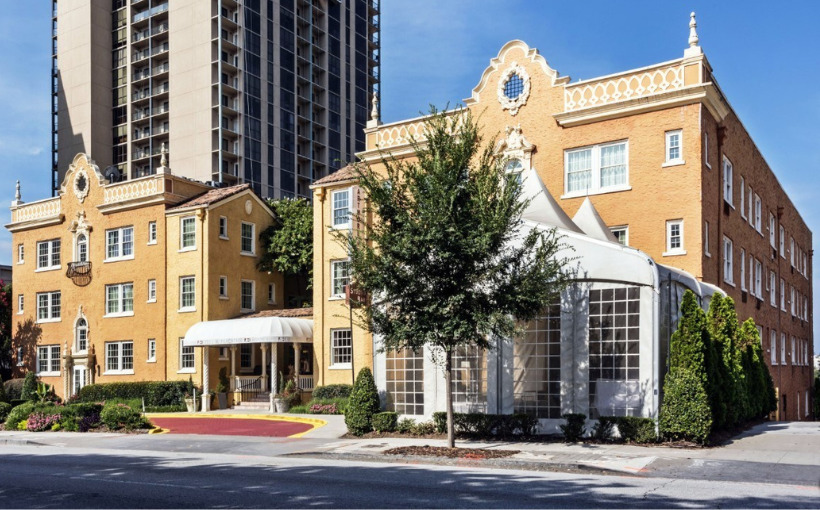 Hodges Ward Elliott has brokered the sale of the Artmore Hotel, a 103-room boutique hotel at the corner of West Peachtree and 16th Street in Midtown Atlanta, GA.

Todd Ratliff and Nate Ries of HWE represented the seller in the transaction.

Originally opened in 1924 as the Granada Apartments, the Artmore converted to hotel use in 1984 and stands as Midtown Atlanta’s only independent boutique hotel. With its stucco façade, red tile roof, and open-air courtyard, the Artmore provides guests a European-style experience in a restored, architecturally significant structure. The Artmore offers rooms featuring either a full kitchen or a kitchenette, as well as 25 bi-level suites on the third floor.

The hotel is positioned directly across the street from the Woodruff Arts Center and the High Museum of Art, and just one mile from Georgia Tech.