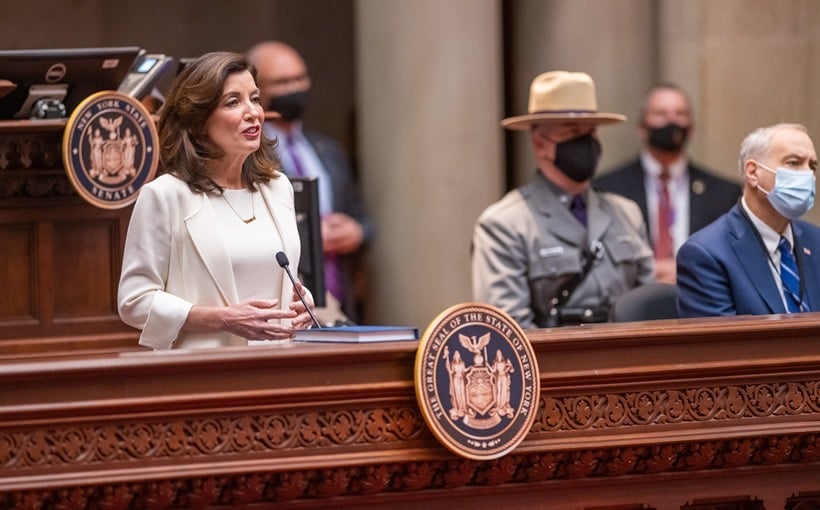 New York Gov. Kathy Hochul’s State of the State address on Wednesday called for a five-year, $25-billion effort to create and preserve 100,000 affordable homes statewide, and she proposed major steps to construct new housing and increase density in urban areas. These include giving New York City the authority to encourage densification and easing restrictions on converting hotels and offices to housing.

In a statement, James Whelan, president of the Real Estate Board of New York, said, “New York City needs far more rental apartments, particularly at lower rents – and it’s clear the private sector must continue to play a key role in producing it. We support Gov. Hochul’s sensible proposals for addressing the city’s housing crisis by eliminating density limits.”

Separately, REBNY threw its support beyond Hochul’s sustainability proposals, which include achieving two million climate-friendly homes by 2030 and making a $500-million investment in offshore wind farms.