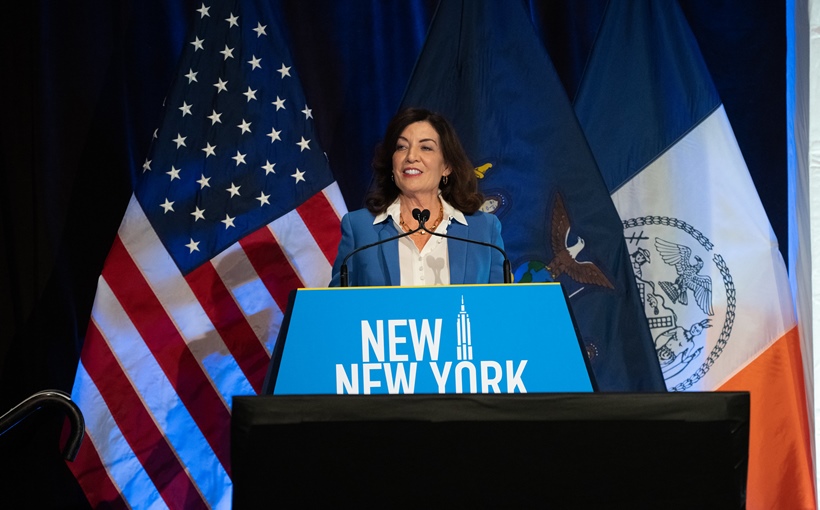 New York Gov. Kathy Hochul and New York City Mayor Eric Adams on Wednesday announced the “New New York: Making New York Work for Everyone” action plan developed by the New New York Panel, which the governor and mayor convened earlier this year. Unveiled at a breakfast meeting of the Association for a Better New York, the action plan includes a set of 40 proposals intended to serve as a roadmap for the city’s future.

“We are no longer living in the same New York as we were at the beginning of the pandemic, and these proposals will help to revitalize our business districts, ease New Yorkers’ commutes, promote equity and tackle our 800,000-unit housing shortage,” said Hochul.