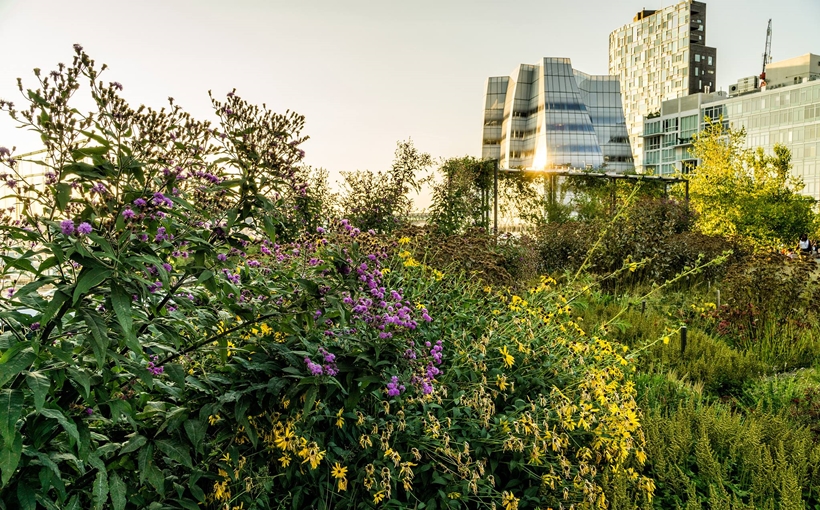 The High Line, the organization that originally rallied for the elevated structure’s preservation and reuse as public space and now operates it as a park under a license agreement with NYC Parks, has received a new gift from the Diamonstein-Spielvogel Foundation.

The gift will help the organization, which must raise nearly 100% of its annual budget, fund a variety of crucial park needs. It will be recognized with signage at the West Seating Steps, located at the High Line Spur, which bridges the intersection of 30th Street and Tenth Avenue in Midtown South.

“This iconic feature stands at the intersection of the High Line’s historical past, its present-day artistic programming, and its future role as a connector to Moynihan Train Hall, which is a crucial component of High Line’s vision to make New York City more livable, equitable, and connected,” said Robert Hammond, the High Line’s co-founder and executive director.