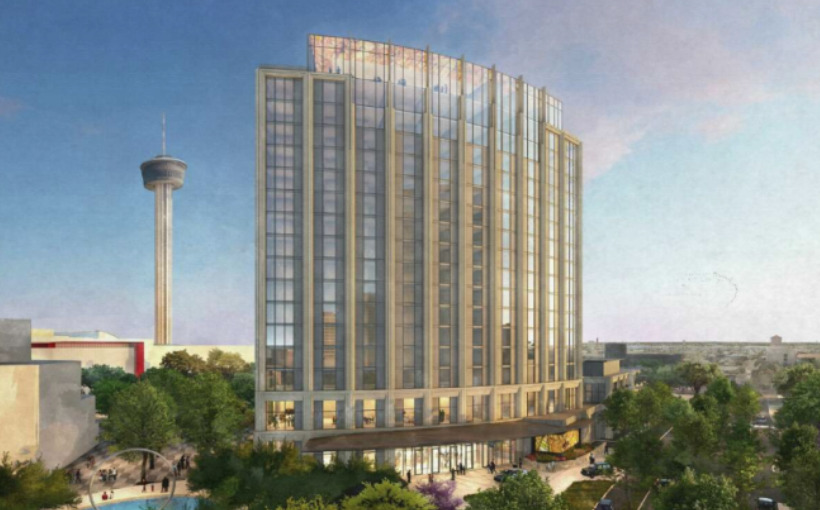 The HemisFair in San Antonio was the site of the 1968 Worlds Fair. Development in and around the area hasn’t quite materialized how city leaders had hoped.

But now, the Hemisfair Park Area Redevelopment Corporation, the group tasked with repurposing the site, has unveiled a look at a planned 17-story hotel, giving San Antonio a first look at what is planned for the Hemisfair Hotel. The hotel is being developed by Zachry Hospitality.

The 200-room hotel planned, for 222 S Alamo St. will overlook the Civic Park project. Plans show the ground floor of the Hemisfair Hotel will have space for a restaurant facing the Civic Park and and five shell spaces for retail. The second floor will have space for conference rooms and a ballroom, a fitness center, and a rooftop pool deck with a bar and cabana areas. The top level will have another event space and bar on the roof.