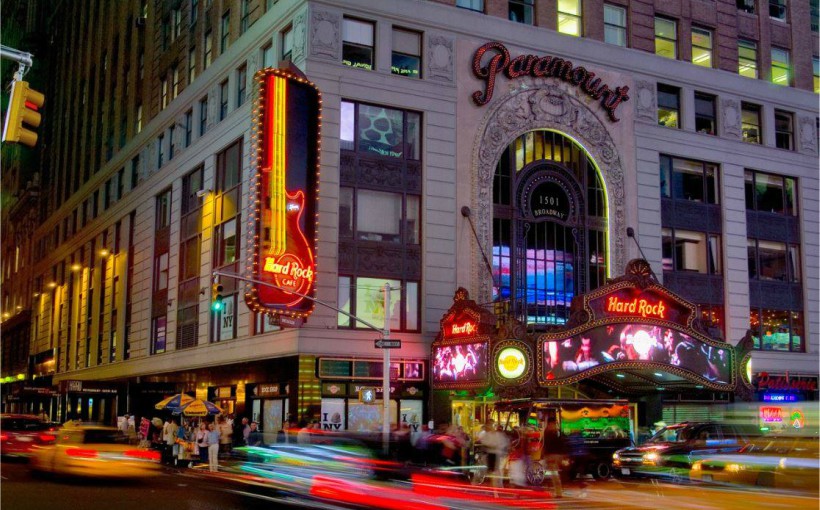 Hard Rock International, a presence in the Times Square district since the early 2000s, intends to maintain that presence through at least 2036. The rock-and-roll-themed restaurant has signed a lease renewal of its existing Hard Rock Café location at 1501 Broadway, and is growing its New York City Rock Shop location by 1,335 square feet.

“Hard Rock Cafe New York opened its doors more than 13 years ago in the former Paramount Theatre, and we are thrilled to announce that we will be here for at least another 17 years,” said Hard Rock’s Stephen K. Judge.

With the addition of more space, Judge continued, “guests will also get to experience a larger Rock Shop.” It will feature a 90-foot-wide storefront and an expanded selection of merchandise.

Located on 57th Street since 1984, Hard Rock Café moved to 1501 Broadway, managed by Levin Management and Rosemark Management, in 2005.