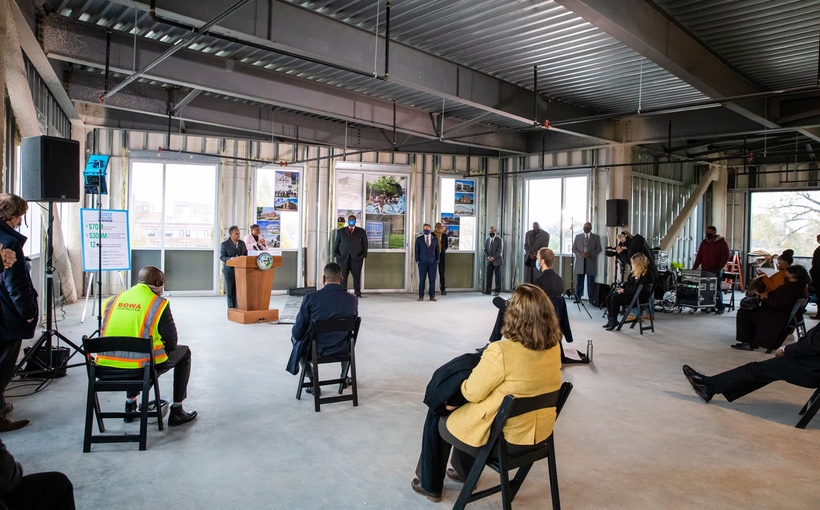 The Habitat Company was honored to host Chicago Mayor Lori Lightfoot and city officials recently at Ogden Commons to mark the one-year anniversary of the mayor’s INVEST South/West initiative.

Ogden Commons, a 10-acre, $200-million mixed-use project in the West Side’s North Lawndale neighborhood is under development by a public-private partnership led by Habitat in conjunction with Sinai Health System, Cinespace Chicago Film Studios, the Chicago Housing Authority and the City of Chicago.

“While Ogden Commons has been in the works for the past three years, it shows potential partners in the INVEST South/West program the high level of enthusiasm there is for projects like this and the positive impact these developments will have on a neighborhood,” said Matt Fiascone, president of The Habitat Company.

Located in a federally designated Qualified Opportunity Zone, Ogden Commons will be developed in multiple phases, starting with a three-story commercial building.

Paul Bubny serves as Senior Content Director for Connect Commercial Real Estate, a role to which he brings 13-plus years’ experience covering the commercial real estate industry and 30-plus years in business-to-business journalism.