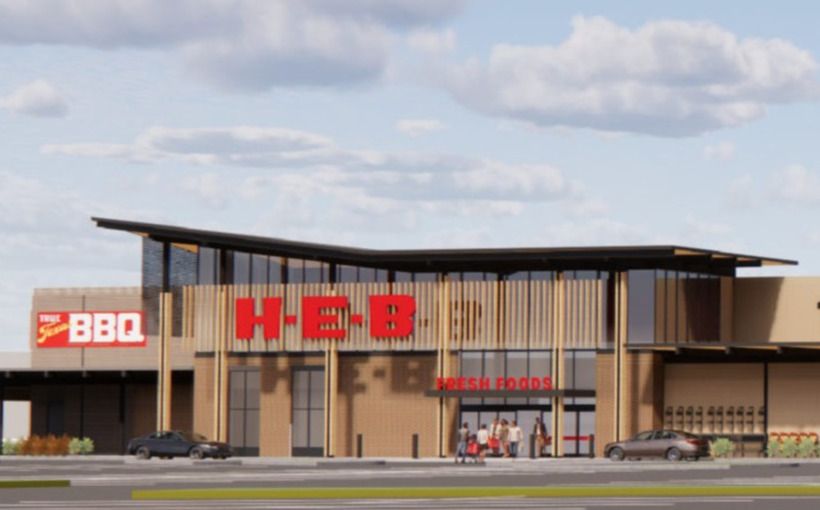 This is not your ordinary food store. The average size for a grocery store is 40,000 square feet. The Frisco H-E-B will consist of 111,000 square feet, almost three times the average store size. The new Frisco store will include a pharmacy and a True Texas BBQ restaurant, which was named a top barbecue chain by Thrillist.

The store, which opens on September 21st has been in the planning stages for over a year, when the chain announced they would add stores to Frisco and nearby Plano. Additional North Texas stores in McKinney and Mansfield have also been announced.

H-E-B Grocery Company is an American privately held supermarket chain based in San Antonio, Texas, with more than 340 stores throughout the U.S. state of Texas, as well as in northeast Mexico. The company also operates Central Market, an upscale organic and fine foods retailer.