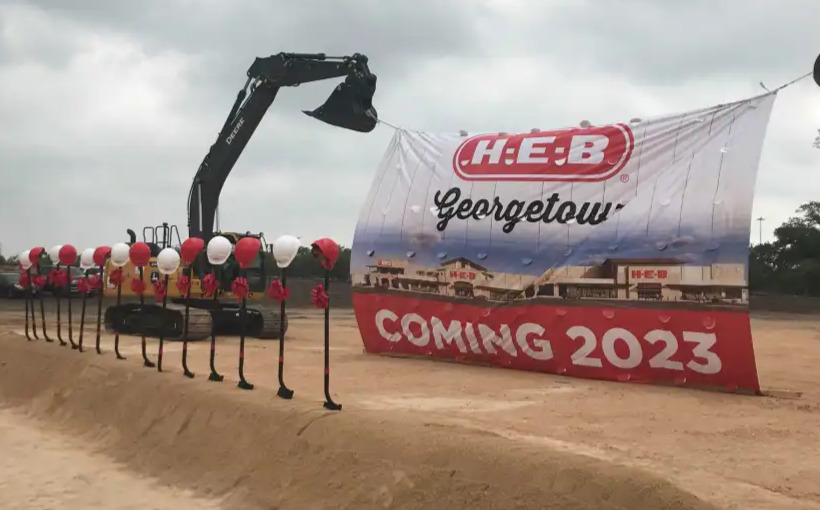 The store will emulate the feel of a European village to fit into the Wolf Lakes motif. It will include a two-story True Texas BBQ restaurant, a drive-up pharmacy with two lanes, bakery and a gas station.

H-E-B is building another store in Southwest Austin at the former site of the Nutty Brown Amphitheater. That store is also expected to open in 2023.

Earlier this year, the company began the demolition and rebuilding of the H-E-B at South Congress and Oltorf. The new store will have 145,000 square feet and take two years to complete.