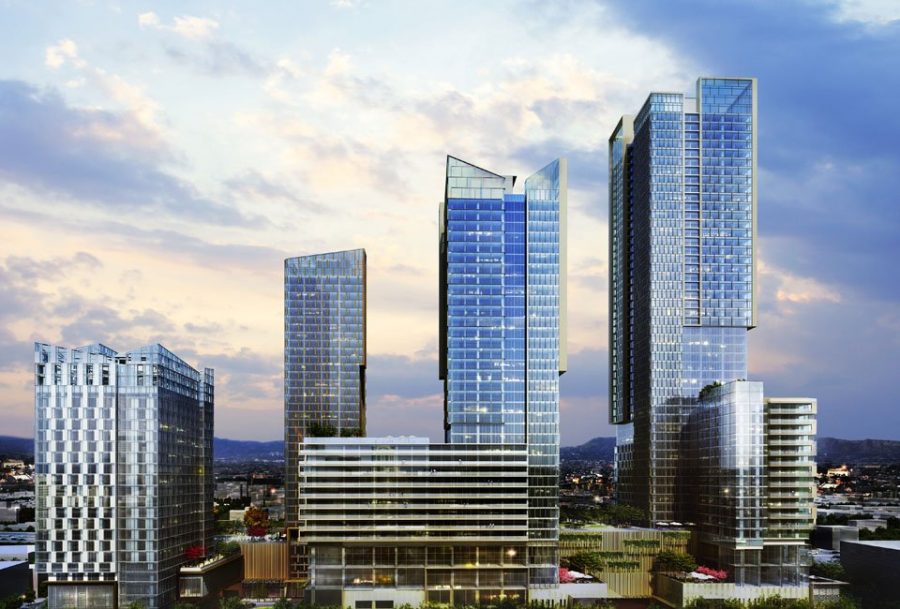 Greenland USA is serious about commercial real estate investment in Downtown Los Angeles. The China-based firm is building the $1-billion mixed-use Metropolis development and recently announced a new Hotel Indigo will be part of the the project. We spoke with Greenland’s Ryan Aubry, a development manager with the company, regarding the firm’s outlook on the city and the region, as well as commercial real estate as a whole.

You have made a major investment in downtown L.A. What makes you so optimistic about the area?

We invest in neighborhoods in transition, and we are thrilled to play a role in the revival of Downtown Los Angeles. The neighborhood is in the middle of a transformation with hundreds of new businesses opening and thousands of new residents moving in, and we see that trend continuing. As DTLA once again becomes an epicenter of business and entertainment, there’s a strong need here for residences for those who want to live, work and play in downtown and accommodations for those who visit Los Angeles that we believe we can help meet.

How did you decide that residential and hotel towers were the best primary uses of the space?

For a long time, Downtown Los Angeles was a commuter neighborhood where workers would drive in and drive out. But with the influx of new restaurants, nightlife and retail outlets, it’s becoming a more desirable neighborhood to live and work in. Additionally, with the completion of Staples Center, Walt Disney Concert Hall and L.A. Live, and proximity to Little Tokyo, Chinatown, Olvera Street and Union Station, Downtown L.A. has become a tourist destination in its own right. We strongly believe in creating pedestrian-friendly communities, and in this vein we want to reduce vehicle traffic and increase the number of people living near their work, as well as create hotel rooms for visitors so they can easily access all of what Downtown has to offer.

Do you have any further investment plans in California? If so, what areas do you like in addition to Downtown L.A.?

California is the gateway to the Pacific—we’re always looking for new investment opportunities.

Your firm does business all around the globe. What is different about developing and investing in the United States as opposed to other countries?

Every country and region is different in terms of how their regulatory bodies work and what the concerns and needs of its citizens are. I can say that in the United States, both with Metropolis in Downtown L.A and with Pacific Park Brooklyn in New York City, we’ve worked with excellent local partners that have been a critical part of our success so far.

How do you see the commercial real estate industry performing in the United States for the next year?

I think the upward trend will continue in terms of amount of interest and investment. The U.S. economy is on the most solid footing it has seen since 2008, and investors are paying attention.