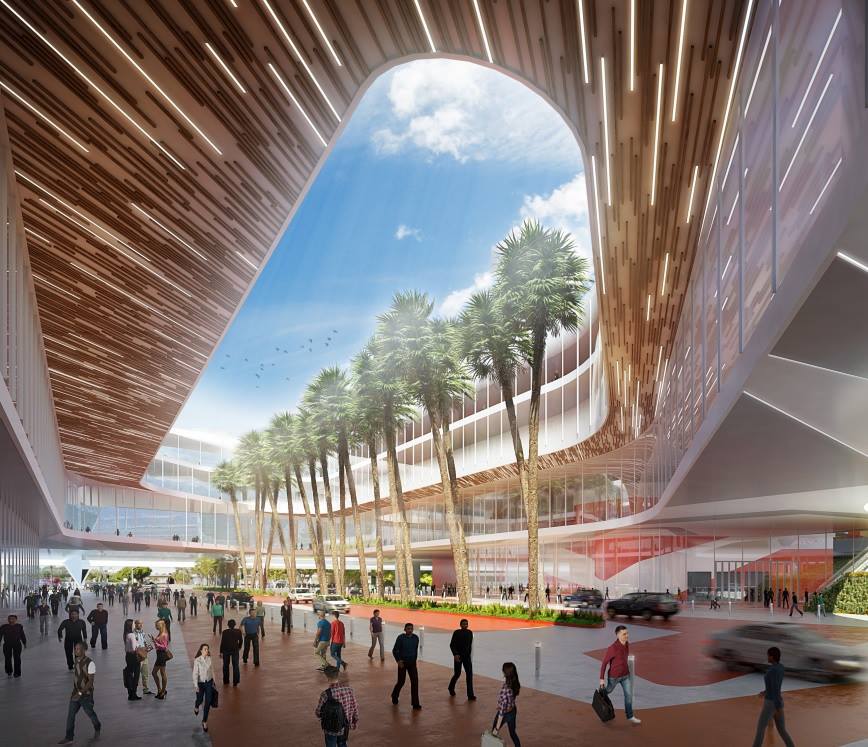 The Los Angeles Convention Center is getting a $350 million renovation, and there are some pretty ambitious ideas out there proposing what it should look like when the work is done.

A series of renderings were recently released by Mayor Eric Garcetti that display what the winning team of HMC Architects and Populous see being the end results of the major facelift.

The expansion will include more meeting space, a new ballroom and a structure that spans over Pico Boulevard. The proposal still needs approval by the Los Angeles City Council before becoming a reality.