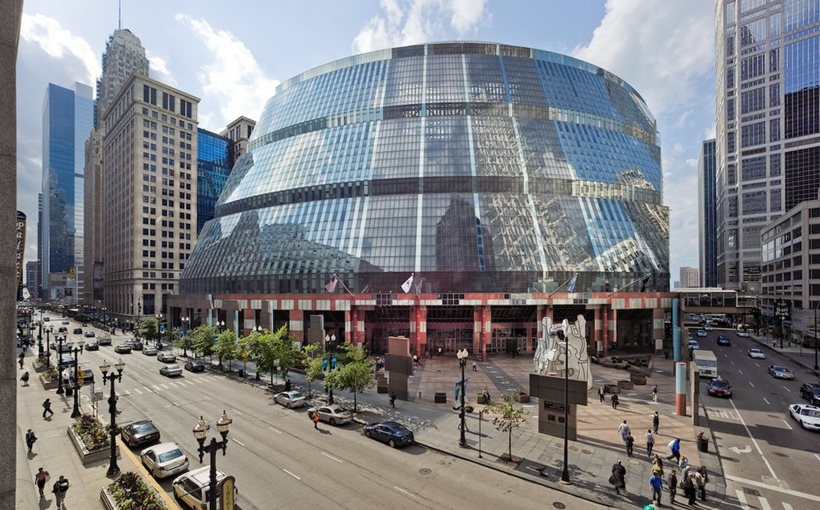 Google said Wednesday it would acquire and occupy the James R. Thompson Center in Chicago’s Loop for $105 million. The tech giant had been rumored as a possible buyer for the state office building at 100 W. Randolph St., designed by the late Helmut Jahn.

Gov. JB Pritzker said the deal finalizes a sale “that has eluded state government for decades.” Earlier this year, JRTC Holdings LLC, a venture of Prime Group CEO Michael Reschke, was announced as the buyer. The new deal entails a build-to-suit agreement between Google and JRTC Holdings to redevelop the building, which Google will ultimately buy.

“This transformative agreement will save our taxpayers nearly a billion dollars over the next 30 years—and further Chicago’s reputation as one of the great tech hubs not just of the United States, but of the world,” said Pritzker.

Google plans to occupy the renovated Thompson Center in 2026.