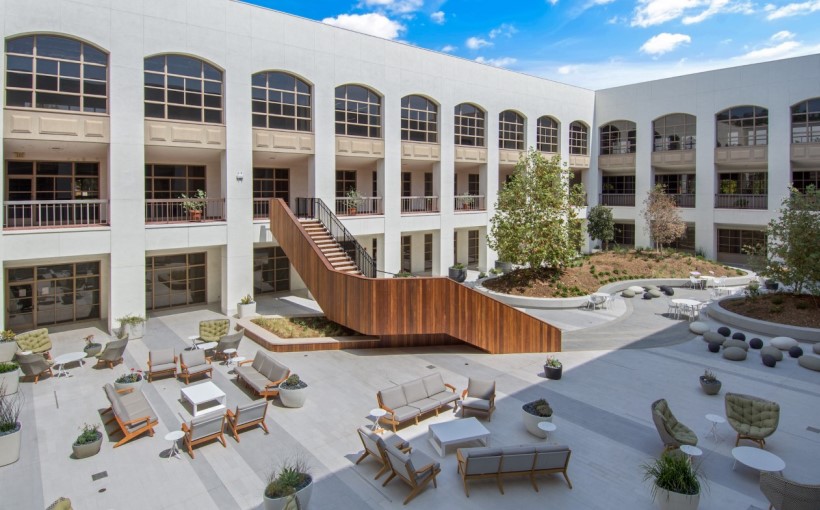 Initially acquired in a portfolio sale from Bank of America in 2013, Rising Realty Partners implemented its impact strategy, transforming The Park Calabasas campus from a vacant single-tenant alignment to a multi-tenant configuration that is now more than 90 percent leased. The 225,000-square-foot office campus was recently acquired by Gemdale USA West Coast Value-Add Fund.

“When we acquired this campus, it was outdated with a floorplan for a financial company; a very closed office,” said Christopher Rising, cofounder and CEO of Rising. “Our team had a bigger vision for this campus to give it life and make an impact through property improvements and programming. This campus was a proof point that our impact strategy model works in urban settings as well as suburban office parks.”

Rising was awarded management of the property on behalf of Gemdale.

Kevin Shannon’s team from Newmark represented Rising in the transaction. The purchase price was undisclosed.

Learn More About The Park Calabasas