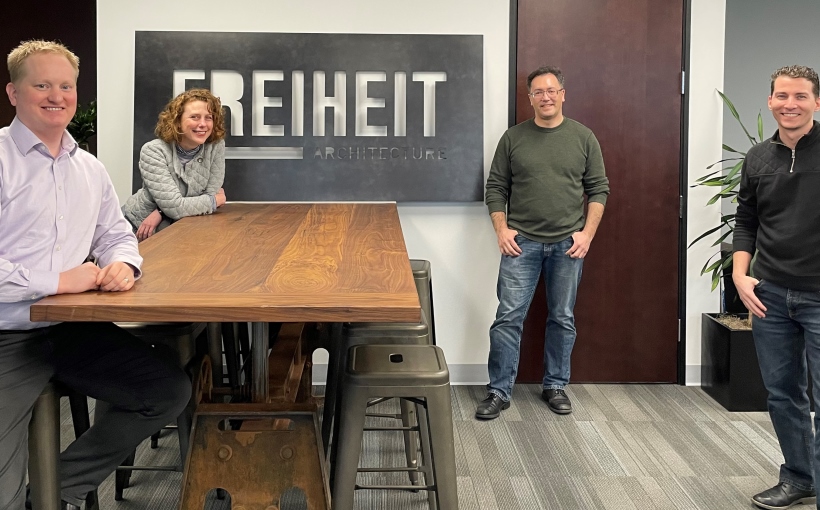 Bellevue-based Freiheit Architecture has named Dustin Thorlakson to president and promoted Jen Caudle, Chris Amonson and Michael Langston to the senior leadership team. Thorlakson succeeds David Hills who is retiring after 35 years with the company.

While stepping down from his position and daily responsibilities, Hills will continue to serve the firm as an adviser to support the new senior leadership team. When the pandemic began to unfold in early 2020, Hills had already started to transition his leadership and operational role to this next generation. Even before the official statewide stay-home-stay-safe order, the firm had put into place a virtual desktop environment which allowed for a seamless adaptation to a work-from-home structure. Through the ensuing months, the new leadership group worked to effectively reduce overhead costs while simultaneously increasing project efficiencies.

Thorlakson joined Freiheit Architecture in 2012 as a designer, quickly rising to the level of principal and executive vice president.