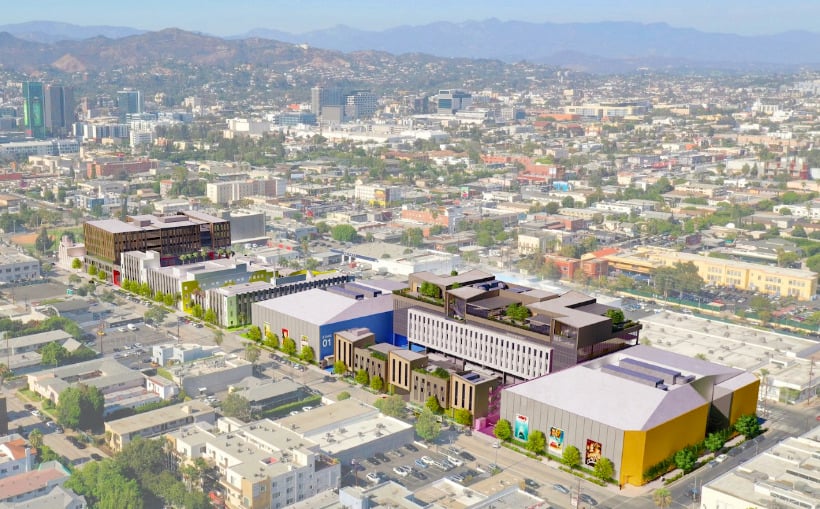 BARDAS Investment Group and Bain Capital Real Estate have announced plans for the $600 million redevelopment of the former Technicolor and Metro Pictures studios on Romaine Street in Hollywood, CA. The partnership will transform the aging facility into a modern, 620,000-square-foot urban studio campus.

A reimagined creative office along with a state-of-the-art production facility will be combined with many of the distinctive buildings built during Technicolor’s heyday. The new campus will be rebranded as Echelon Television Center, and will feature a “lively” studio lot, a mid-rise creative office building, four large soundstages, an expansive basecamp and a six-story office complex with private rooftop office bungalows.

“This project represents our company’s continued focus on redeveloping infill product for the entertainment and media industries in the content capital of the world,” said BARDAS founder David Simon. “The old home to Technicolor and Metro Pictures represents another great opportunity to keep ‘Hollywood in Hollywood’.”